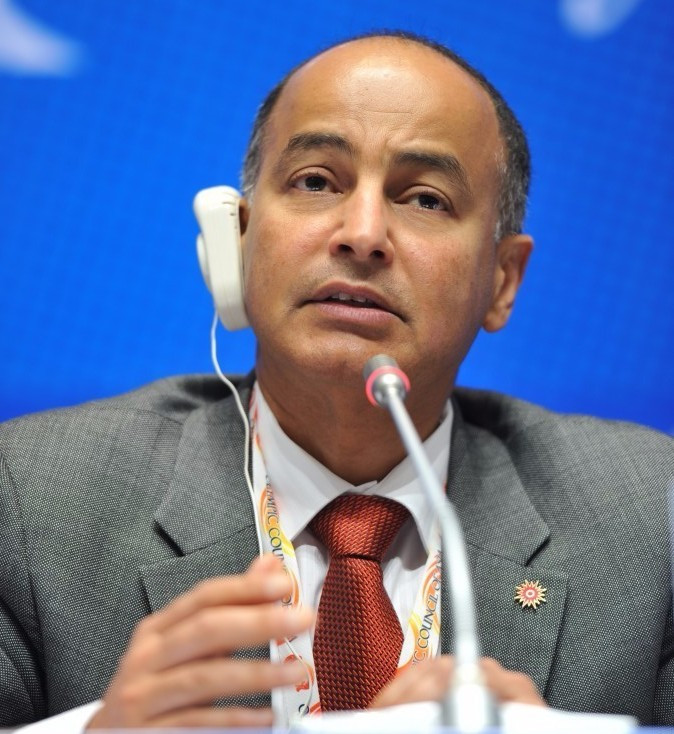 Freshly re-appointed International Swimming Federation (FINA) first-vice-president Husain Al-Musallam has threatened legal action against those he alleges made "deliberately timed" attacks on him earlier this month.

British newspaper The Times and German magazine Der Spiegel reported details of an audio recording taken during a meeting between Al-Musallam and other Olympic Council of Asia (OCA) officials with a prospective Chinese marketing agent allegedly held during the 2012 Asian Beach Games in Haiyang.

The recording was released less than a week before the FINA Congress in Budapest on July 22 at which Al-Musallam was re-elected vice-president and then re-appointed to the first vice-president position.

in the recording, Al-Musallam, the OCA director general and right-hand man of OCA and Association of National Olympic Committees President Sheikh Ahmad Al-Fahad Al-Sabah, allegedly claimed that they should receive 82 per cent of the money from any deal.

The marketing company would receive an eight per cent cut while the remaining 10 per cent would go to "us", he said.

The Kuwaiti official insists that the reference to "us" refers to the OCA rather than him personally.

He also now claimed that the 82 per cent figure would have gone to the Asian Games rather than the OCA directly.

"With the successful conclusion of the FINA General Congress and the 17th FINA World Championships, it is now appropriate to refute the unfounded, malicious and politically motivated allegations made against me regarding an internal business meeting involving the OCA and which had nothing to do with FINA," he told insidethegames in a statement today.

"All business in the OCA meeting in question was conducted appropriately.

"The tape in question was of an official meeting with a proposed intermediary more than six years ago; more than 15 people attended this meeting.

"I was fully aware that the meeting was being recorded.

Al-Musallam then insisted that the "proposed sponsorship deal never materialised".

He also claimed that this "type of disbursement of rights fees is common practice inside and outside the sport industry across the globe".

"The allegations were deliberately timed to try and damage my reputation and that of the FINA family which I serve," Al-Musallam said.

"I am consulting with my lawyers about taking legal action against those who made these allegations against me.

"So as not to prejudice any potential legal action, there will be no further comment."

Al-Musallam has also denied wrongdoing after being reportedly being identified as a co-conspirator in a United States Department of Justice (DoJ) investigation into widespread corruption at FIFA.

A DoJ indictment published in relation to the case concerning Guam's Richard Lai, who admitted receiving nearly $1 million (£773,000/€915,000) in bribes, outlines "co-conspirator number three" as a "a high-ranking official of the OCA and an official of the Kuwait Football Association".

Al-Musallam, who is also a member of the IOC Olympic Solidarity Commission, chaired by Sheikh Ahmad, has denied suggestions he was involved after he appeared to have been identified by the DoJ as "co-conspirator number two".

The International Olympic Committee (IOC) told The Times that they have "taken note of the [latest] allegations and have passed them to the IOC's chief ethics and compliance officer".

Kuwait is currently banned from FINA and the IOC due to "Government interference" by figures opposed to Sheikh Ahmad and Al-Musallam.