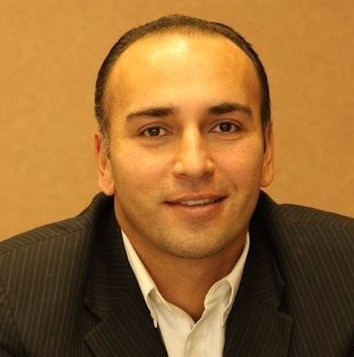 Iranian Swimming Federation President Mohsen Rezvani has denied "completely false" allegations made by Olympic Council of Asia (OCA) director general Husain Al-Musallam about his role in the release of a tape allegedly showing the latter asking for a cut in sponsorship deals.

Al-Musallam rejected these claims, made in reports published in The Times and Der Spiegel magazine, and told insidethegames that he was only referring to commission for the OCA rather than for him personally.

He then accused Rezvani of having repeatedly asked Al-Musallam to meet with the Iranian Secret Police, who had obtained the tape after it was supposedly stolen from the OCA by a former employee.

The reports have coincided with the finals stage of campaigning before an International Swimming Federation (FINA) Congress in Budapest on Saturday (July 22).

Al-Musallam is seeking to be re-elected as senior vice-president while Rezvani is challenging for one of two vacant FINA Bureau positions for Asian representatives.

"I am deeply saddened to have been brought in to the recent controversy involving persons close to FINA and also the Olympic Movement and who have chosen to make statements in my regard," Rezvani told insidethegames today.

"I would like to declare that all the allegations made in my regard and of my Federation made by Mr Husain Al Musallam are totally unfounded and completely false.

"Iran and any officials acting on its behalf reserve the right to take any legal action in whichever courts it may choose to, or through any legal means available to them with regards to these false accusations.

"It appears that such allegations are intended to distract people's attention from the real matters at hand.

"I have never either discussed or negotiated with Mr Hussain Al-Musallam or any other person whether on his behalf or not with regards to the mentioned recording or any other matter whatsoever."

In a case not contacted to this, Kuwait today ordered Iran to reduce its Embassy staff and close down its technical offices in the Gulf Arab state following a court case which implicated "Iranian parties" of involvement in a spy cell, official state news agency KUNA reported.

Rezvani's two rivals for the FINA Bureau - Zhou Jilong of China and Taha Al-Kishry of Oman - are each backed by the Asia Swimming Federation (AASF), led by another Kuwaiti, Sheikh Khalid Mohammed Al-Badr Al-Sabah.

Barelli is also thought to be targeting the position of FINA senior vice-president.

Al-Musallam, his rival for this role, claimed that Rezvani has recently travelled to Switzerland, where LEN is based, and Italy, where Barelli is from.

"I have never visited Italy, Switzerland or any other countries with regards to these issues," Rezvani said.

"I would rather recommend to Mr Al Musallam to not mention my name or my Federation or country as these actions can only be intended to discredit myself, my Federation and my country.

"Finally, I believe the spreading of these false allegations started from the moment of my candidacy for the FINA Bureau which Mr Al-Musallam was immediately against for no valid reason whatsoever."

Al-Musallam stood by his comments from yesterday when contacted by insidethegames today and claimed to have a witness who could corroborate his allegations.