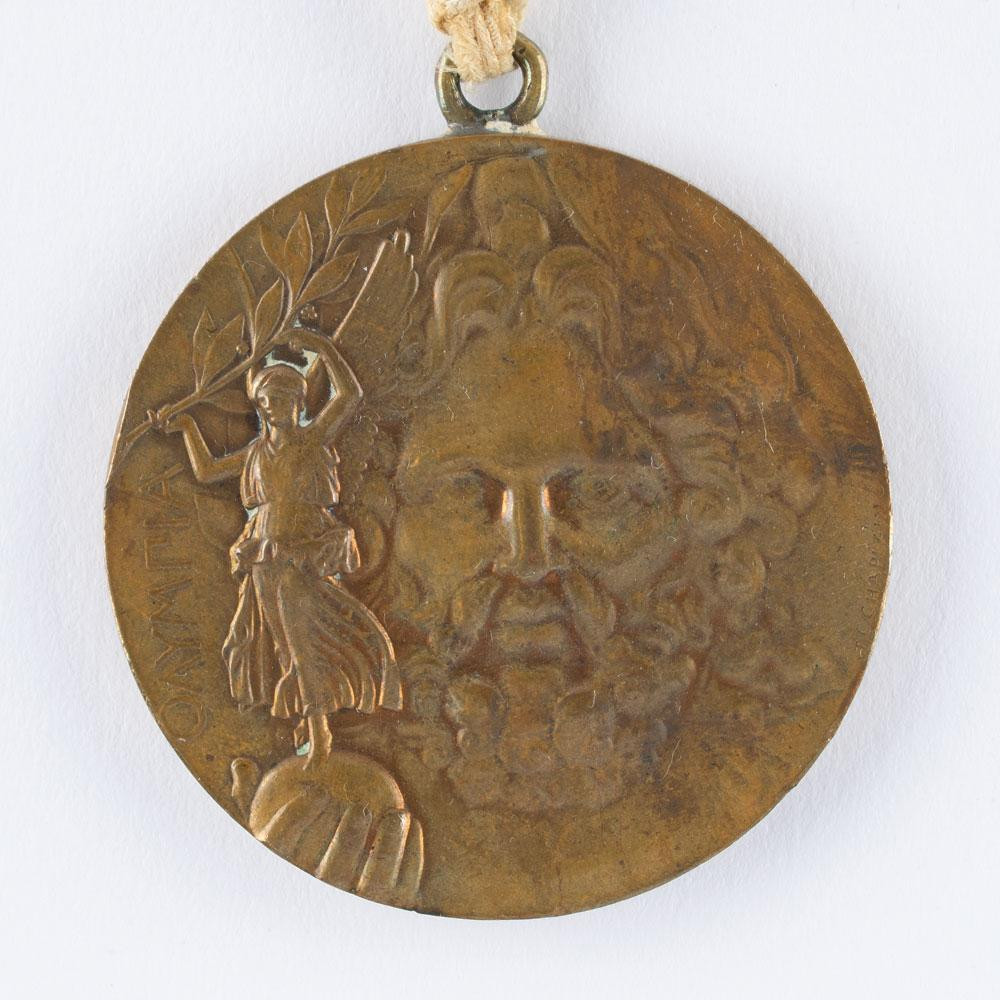 The medal had been awarded to Greece’s Georgios Tsitas after he finished as the runner-up in the Greco-Roman wrestling event.

The medal, made of bronze and weighing 60 grams, was sold by Boston-based RR Auction.

The final price for the medal for an auction conducted online included the buyer’s premium.

First place winners at Athens 1896 were awarded a silver medal, an olive branch and a diploma.

Those in second place were given a bronze/copper medal, a branch of laurel and a diploma.

The medal was designed by Jules Clement Chaplain, a French sculptor and one of its finest medallists.

The front depicts a relief portrait of Zeus holding Nike, the goddess of Victory, in the palm of his hand, with text along left side, “Olympia”.

The reverse bears a detailed view of the Acropolis of Athens topped by the Parthenon, with raised Greek characters to upper and lower portion, which translated, reads “International Olympic Games in Athens, 1896”.

It is stamped “Bronze” on the edge.

The medal is accompanied by a copy of an invitation from George I of Greece to attend an event honouring Tsitas at the Old Royal Palace, as well as two images of Tsitas in his prime as a 24-year-old who competed at Athens 1896 and in later age.

Tsitas was one of five competitors from four nations who competed in the wrestling event.

He was guaranteed an Olympic medal even before his first fight after being given a bye in the first round.

In the semi-final, he threw Greek Stephanos Christopoulos to reach the final.

In the final, Tsitas wrestled with Carl Schuhmann of Germany for 40 minutes before the match was postponed due to darkness.

Tsitas lost early when the match resumed the following day.

It was one of four gold medals won by Schuhmann during these inaugural Olympics.

He also won three in gymnastics.

"Winner's medals from the historic debut of the Olympic Games remain exceedingly rare - this being the first we have ever offered - and are among the most sought-after accolades in the realm of sport," said RR Auction.