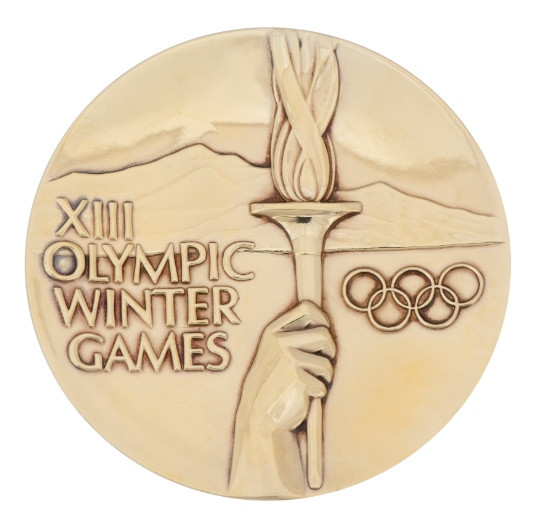 The final bid on Goldin Auctions meant it raised more than the two other medals from the Miracle on Ice team sold so far.

Christoff's jersey from the US match against Finland at Lake Placid 1980 - the game which confirmed the team as Olympic gold medallists and in which he scored a goal and an assist in the 4-2 victory - was also sold.

The win against Finland came two days after the US, whose team was made up largely of college players, had defeated the Soviets, whose squad consisted primarily of players who were professional in everything but name and who were the four-times defending Olympic champions, 4-3.

The victory has entered US sports legend and Disney made a film in 2004 called Miracle, in which Christoff was played by Scott Johnson.

The sale of the items was timed to coincide with 40th anniversary celebrations of the famous victory over Soviets on February 22.

The team took part part in a full weekend of private celebrations and public appearances, including controversially joining President Donald Trump on stage at his Las Vegas rally.

When they returned home after defeating Finland for the gold medal in 1980, just two days after toppling the Soviets, the players met President Jimmy Carter at the White House.

The actual medal was minted by Tiffany & Co., reading "XIII OLYMPIC WINTER GAMES" on one side and "LAKE PLACID 1980 ICE HOCKEY STEVE CHRISTOFF" on the other.

Christoff, though, will not benefit financially from either sale as he no longer owned the medal or jersey.

But he retired in 1984 and later became an airline pilot.