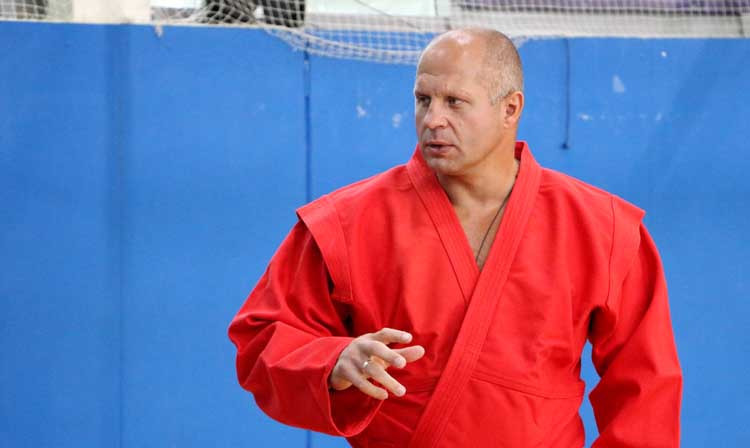 The four-time world champion in the heavyweight combat sambo class described the introduction of the belts as "perfect".

Seven stages were confirmed by the International Sambo Federation (FIAS) in April, ranging from the level one rookie class through to the level one master category.

The level one stage will see white stripes feature on an athletes' belt, with the second and third stages yellow and orange respectively.

Levels four and five will be distinguishable by green and blue stripes, respectively, while master candidates will have a brown stripe.

All of the stripes are attached onto belts of blue and red.

Coaches will also be able to wear stripes on their kit.

"We have had and still have a system of grades since the times of the USSR, but for young people and for people who want to practice sambo for health, without participating in competitions, the new certification system is perfect," said 43-year-old Emelianenko, one of the sport's biggest stars.

"I think it will be great for children.

"It seems to me that the belt system will attract people to sambo.

"We were taught from childhood to be champions.

"Whether you like it or not, you have to fight, practice, participate in competitions.

"But maybe someone doesn't want to take part in tournaments, or an adult wants to practice sambo but he is not able to resist a young sambo fighter on the mat.

"A person loves sambo, he wants to study technique, and the classification system gives such an opportunity.

"At the same time, it is better to preserve our traditional sambo uniform and add stripes to the belts that will show the level of the athlete's skill."