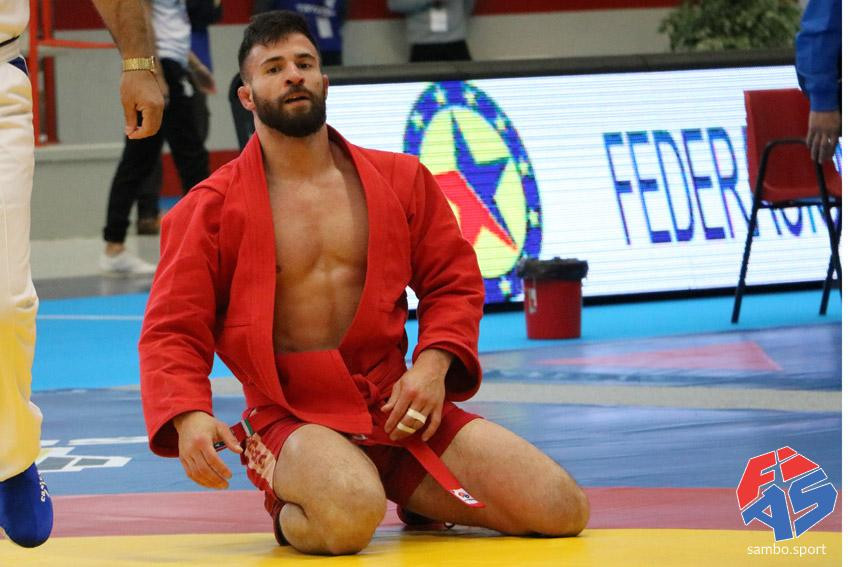 Italian sambo star Alessio Miceli has given his backing to the sport's new colour-coded ranking system for athletes.

Seven stages were confirmed by the International Sambo Federation (FIAS) last month, ranging from the level one rookie stage through to the level one master category.

The level one stage will see white stripes feature on an athletes' belt, with the second and third stages yellow and orange respectively.

Levels four and five will be distinguishable by green and blue stripes, respectively, while master candidates will have a brown stripe.

All of the stripes are expected to be attached onto belts of blue and red.

The decision to introduce coloured belts was initially approved back in 2018 by the FIAS Executive Committee.

The Russian sport did not have a colour-system in place to rank its athletes according to their ability, unlike other combat sports where progression from a beginner's white belt to a master's black belt is commonly seen.

"I think that coloured stripes can be a good thing for young students," Miceli said to the FIAS website.

"Because in that way they will have more reasons to fight well and to motivate themselves.

"That changing colours, passing levels, should make them want it more."