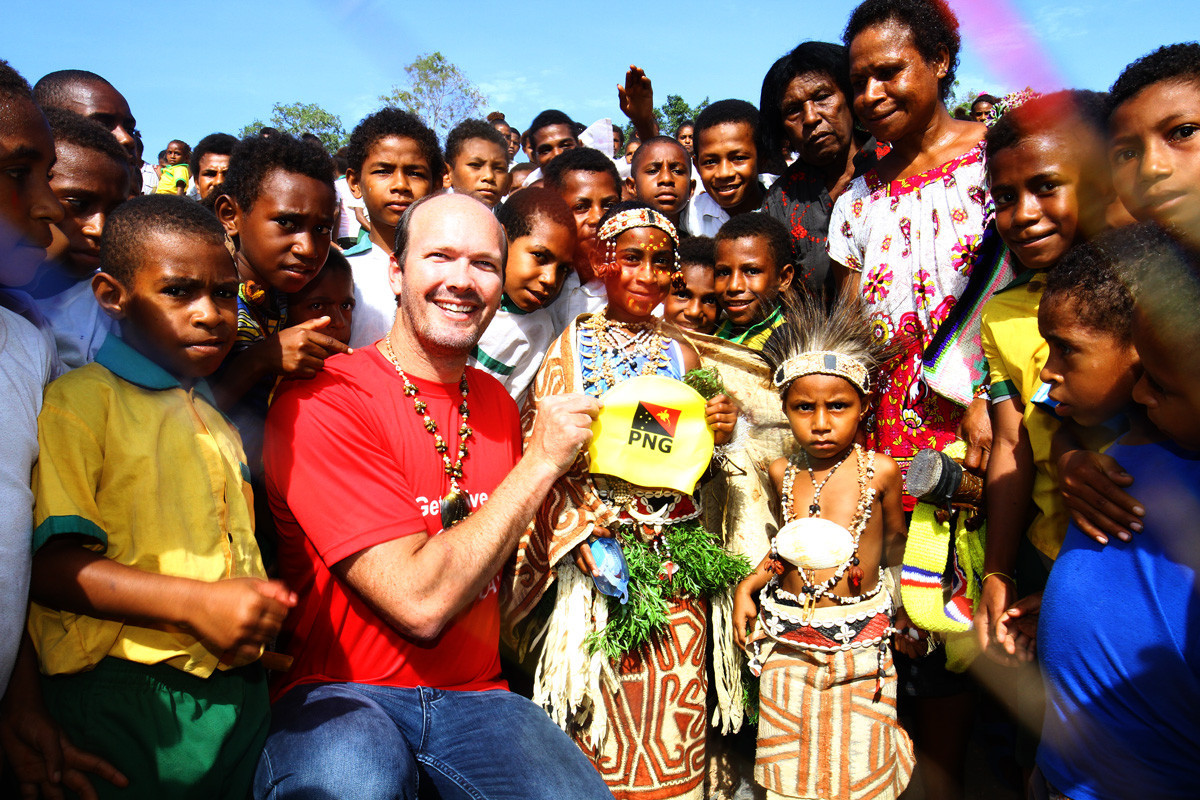 A team from the Papua New Guinea Olympic Committee (PNGOC) visited a school to present sporting equipment to a young fan.

He met with 10-year-old Betty Taylor, who won the equipment for her school, Tembari Primary, through a newspaper competition run as part of Olympic Day celebrations.

Betty was one of three winners who received shopping vouchers, and she was then chosen for the equipment following a draw.

Pini, who won Commonwealth Games gold in the 100 metres butterfly at Melbourne 2006, congratulated Betty and gave her a swimming cap and goggles which he has used in competition.

She presented Pini with a traditional Oro necklace and a bilum, a string bag.

PNGOC programme coordinator Milton Kisapai congratulated the school and thanked Taylor and her family for their participation and support of this year's Olympic Day activities.

"The theme of the Olympic Day is 'move, learn and discover', it means that we will grow and become better people as we learn from different things and share our experience with each other," said Kisapai.

Olympic Day is celebrated every year on June 23, to mark the date in 1894 when Pierre de Coubertin founded the International Olympic Committee in Paris.

However, many countries hold their celebratory events on other dates.