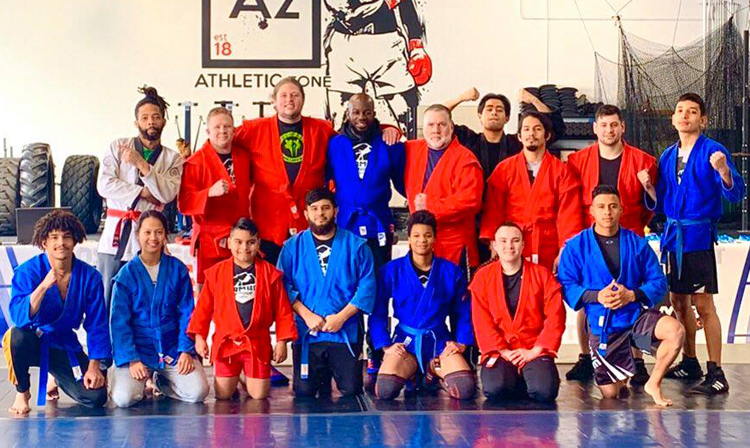 An American sambo league is expected to be launched by USA Sambo featuring two open tournaments.

The proposed league will feature both a winter and a summer competition, which will include sport and combat sambo disciplines.

Julian Sanchez, a former US national sambo competitor, has been credited with establishing the idea of a league.

USA Sambo head coach Robert Clark and Johnson Jajoute, a member of the current national team, served as referees at the test competition.

Seminars will be arranged to coincide with the tournaments to offer increased advice on rules, strategy and technique.

“This will enable us to improve the quality of sambo knowledge in the United States,” said Clark.

“We do not force athletes to learn the rules in theory, instead we provide a real-life opportunity to understand why they can earn points and what they will lose them for.

“We designed the seminar in such a way as to demonstrate the sambo techniques and to focus on what points can be scored for a particular combination of techniques.

“When athletes who come to sambo from other martial arts understand all the subtleties of the sport and can prove themselves at the national level, the road to international competitions will open to them.”

A full league is expected to start in 2021 in Dallas, which it is hoped will feature athletes from across the country.