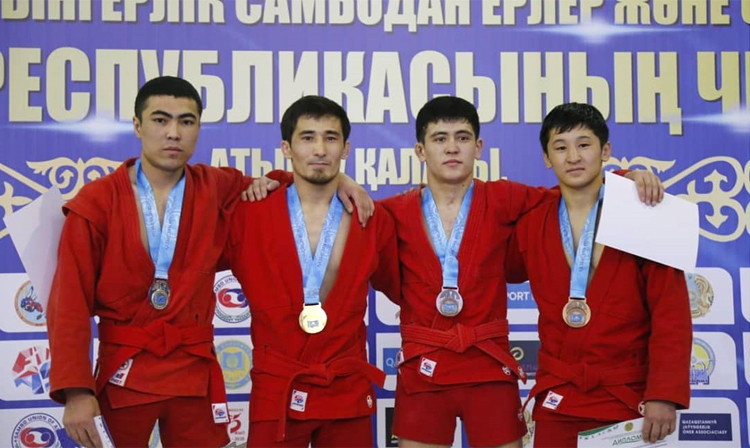 The National Kazakhstan Sambo Championships were held earlier this month in Atyrau and saw more than 300 athletes from 16 teams competing.

According to organisers, the tournament was attended by 365 athletes from 16 teams with 27 weight categories involved.

In the women's team standings the Turkestan region won ahead of Almaty and Karaganda with the men's competition being won by West Kazakhstan ahead of local team Atyrau and Turkestan who were the only two teams to rank in the top three of the three categories.

In the third category, combat sambo, Pavlodar were victorious ahead of Atyrau and finally East Kazakhstan.

Nine were also determined in the men's with Bolatbek Raymkulov winning the lightest category, 52kg, while Bibarys Abdigani won the +100kg.

The same number also contested the combat sambo with Boris Kostarenko winning the 100kg and Alexander Borisov winning the 74kg.