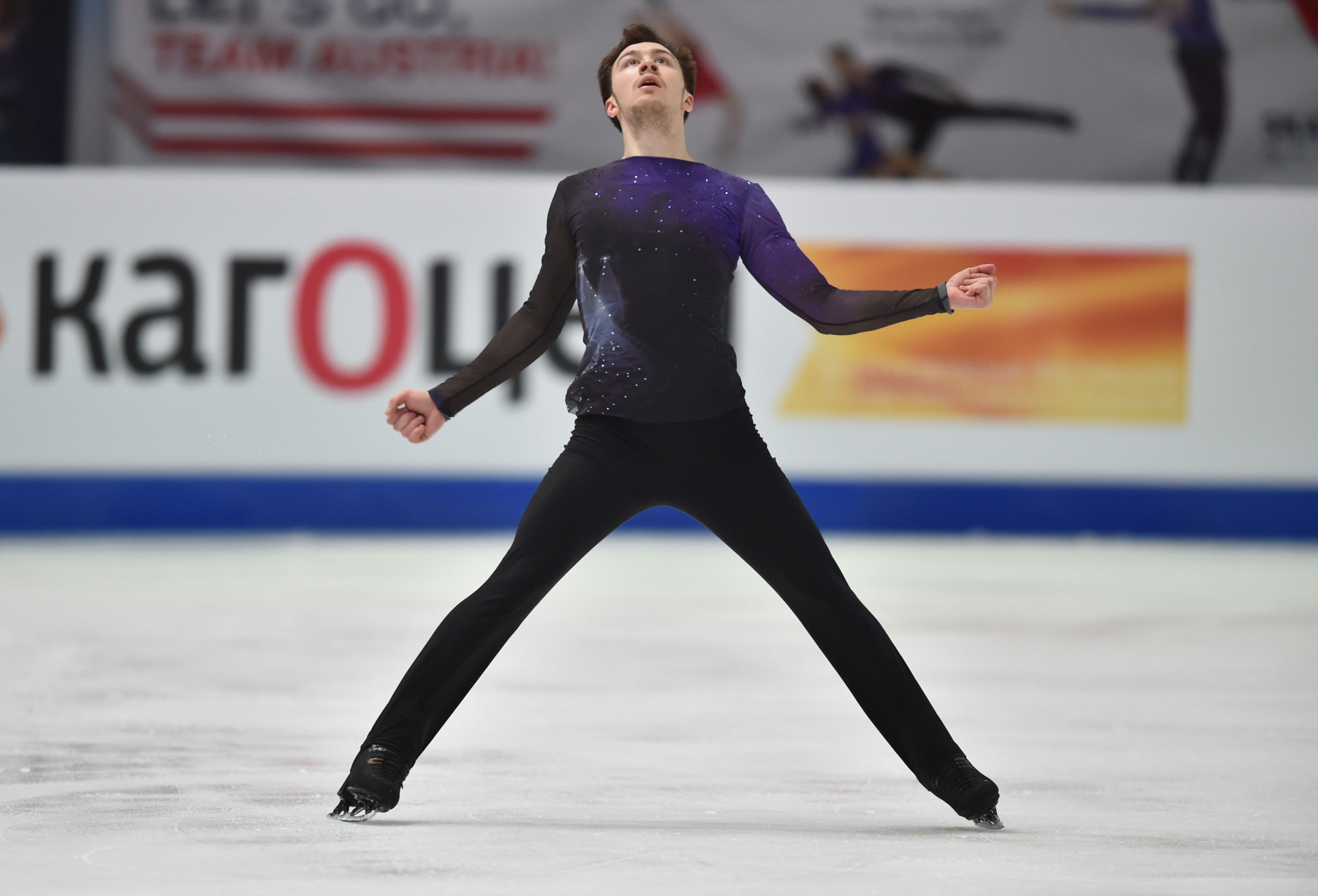 The 20-year-old, the silver medallist at the 2018 European Championships in Moscow, becomes the first new name on the honours board since 2013, when Spain's Javier Fernández won the gold medal, which he successfully defended for six consecutive years before his retirement after last year's victory in Minsk.

Dancing to The Sound of Silence at the Steiermarkhalle, Aliev scored 272.89 points in the free skate to clinch victory.

He is the first Russian to win the title since Evgeni Plushenko at Sheffield in 2012.

The Czech Republic's Březina, the bronze medallist at Zagreb in 2013, appeared to be on course after leading the short programme last night.

But a disappointing performance dropped him to seventh.

It left the door open for Aliev's team mate Artur Danielian to clinch the silver medal with 246.74 points.

?Winning can make you emotional! Emotions running high for Dmitri as the Men's Free Skate finishes at the European Championships in Graz, Austria ! ?#EuroFigure #FigureSkating pic.twitter.com/5EOAg3ze2u

French pair Gabriella Papadakis and Guillaume Cizeron made a strong start to their bid for a record-equalling sixth consecutive European ice dance title, taking a narrow lead after the rhythm dance.

Their reign as European champions is under threat, though, as Papadakis and Cizeron's score of 88.78 points only put them 0.05 clear of Russians Victoria Sinitsina and Nikita Katsalapov heading into the free dance on Saturday (January 25).

"We did a great performance, we are happy about it, we are almost the same points as Nikita and Viktoria," Cizeron said.

"We are not really surprised.

"We did a good programme, we skated well.

"I'm sure they deserve to be there - and we'll see on Saturday what happens."

Sinitsina and Katsalapov finished bottom in last month's ISU Grand Prix of Figure Skating Final in Turin, but put that disappointment behind them in Graz with an excellent performance to Singin' in the Rain, scoring 88.73 points.

If Papadakis and Cizeron hang on to first place, they will match the record of the Soviet Union's Lyudmila Pakhomova and Aleksandr Gorshkov, winners of the title six consecutive times between 1970 and 1976.

Tomorrow, the ladies' short programme is on the ice, with the gold medal in pairs set to be awarded.

More Russian success is expected in both events.

In the women's competition, Alena Kostornaia, Anna Shcherbakova and Alexandra Trusova completed a clean sweep at the ISU Grand Prix of Figure Skating Final and one of them expected to clinch a seventh consecutive title for Russia.