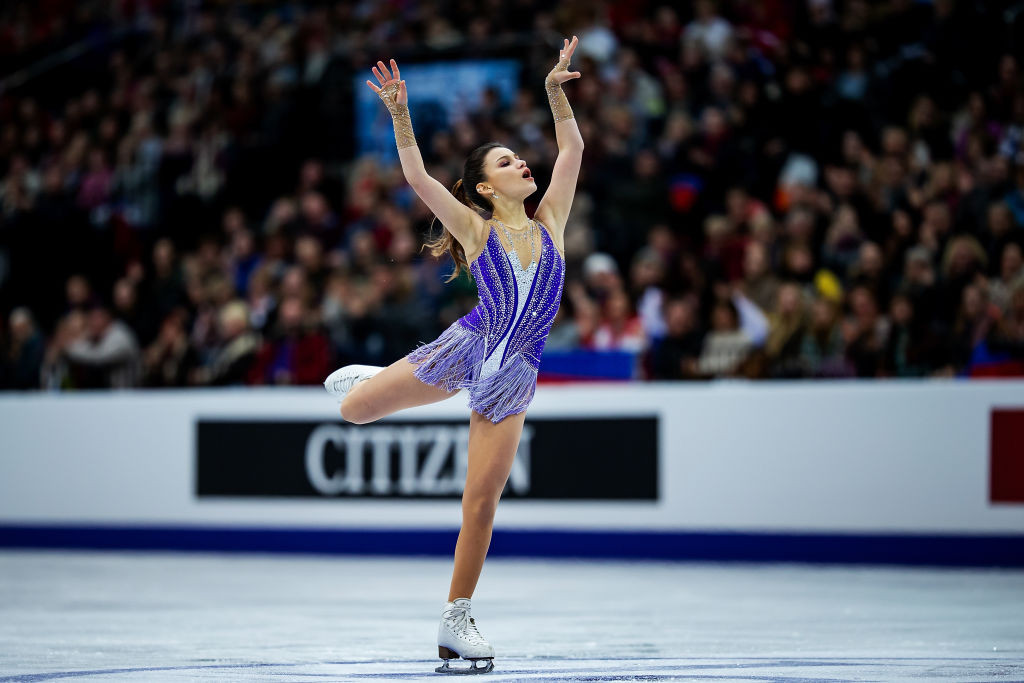 The 16-year-old beat her compatriot, defending and Olympic champion Alina Zagitova, to first place at the Minsk Arena in the Belarusian capital.

Samodurova had been in second place following the opening day of the competition, today scoring 140.96 points in the free skating event with a routine consisting of a triple flip-triple toeloop combination, triple lutz, loop, double axel-triple toe as well as two more triples and completed level-four spins and footwork.

This moved Samodurova up to first with a total of 213.84 points as a Russian skater won this title for the sixth consecutive year.

"I am overwhelmed by emotions now, I can’t find words to describe what I am feeling now," said the teenager from Siberia.

"I am European champion and that’s so awesome.

"My coach told me to stop crying, but I can’t, these are just my sincere emotions."

Zagitova took the silver medal with a total of 198.34 points and Finland's Viveca Lindfors finished with the bronze after scoring 194.40.

"We are proud indeed of what we have done.

"Technique wise it was on point as well."

In second place was Alexandra Stepanova and of Ivan Bukin Russia with 81.37 points.

They were closely followed by the Italian duo of Charlene Guignard and Marco Fabbri with 79.05 points.

Tomorrow is due to see the conclusion of the competition with the men's and ice dance events.