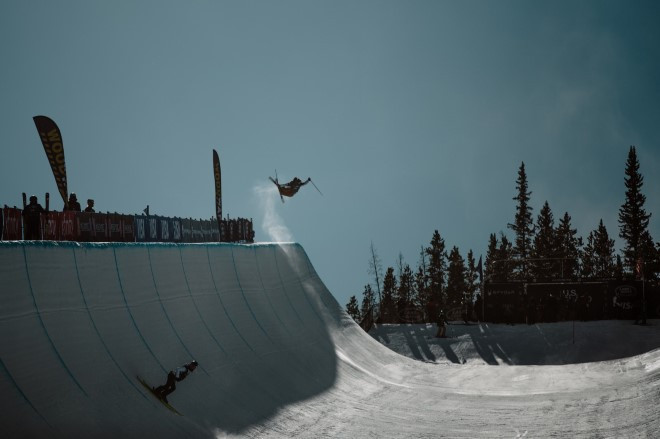 The world's best halfpipe skiers are ready to get back into competition at the Colorado resort of Copper Mountain, for the 2019/20 US Grand Prix International Ski Federation (FIS) Freeski Halfpipe World Cup.

There has been a two-month break since the season-opener in Cardrona, New Zealand.

Pyeongchang 2018 women's champion and two-time crystal globe winner Cassie Sharpe suffered a concussion before the start of Cardrona finals - the lingering effects of which will keep her out of competition at least until the new year.

In Sharpe's absence it was 17-year-old Zhang Kexin of China stepping up to take her third career victory, with compatriot Ailing Gu - a recent transfer from the United States team - following her up in second place, and Valeriya Demidova of Russia finishing third.

Zhang looked exceptional in Cardrona and will be seeking to pick up where she left off in the southern hemisphere back in September, while Demidova should be hungry for more after being somewhat disappointed with her third-place performance.

Sixteen-year-old Gu will unfortunately not be on hand at Copper due to school commitments.

At Copper this week, the United States squad will be out in full force, with the likes of Carly Margulies, Devin Logan and Brita Sigourney aspiring to make a statement in front of the home crowd.

Another big name is last season's second-overall finisher on the halfpipe World Cup standings, Rachel Karker of Canada, who finished just off the podium in fourth at last season's Copper Mountain World Cup.

With Sharpe on the sidelines, Karker is carrying the torch for the Canadian women.

While the top US women largely sat Cardrona out, the country's top men were out in full force in New Zealand, and had a hugely successful showing.

Amongst them was 20-year-old Birk Irving, who claimed a victory that made it two-straight wins, after his performance at the final World Cup of 2018/19 in Mammoth Mountain.

Two-time reigning world champion Aaron Blunck finished third in Cardrona in September, and was the winner last season in Copper, and the 23-year-old will be looking forward to a repeat performance this season.

A little further down the US team, there is more talent aplenty in the shape of Taylor Seaton, Hunter Hess, and Alex Ferreira.

Wise is one of the world's fiercest competitors in the halfpipe, but at what level he'll be skiing at after his injury remains to be seen.