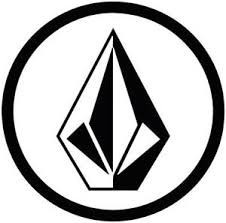 Lifestyle brand Volcom has become the official apparel partner of the United States snowboard team through to the 2022 Winter Olympic Games in Beijing.

The partnership, announced by US Ski and Snowboard, includes outfitting the snowboard cross, slopestyle/big air and halfpipe teams.

Volcom’s signature technical features, including Zip Tech and Thermal Defense System (TDS), will be included in the line of official US snowboard teamwear.

"Volcom is a brand that has strong ties to snowboarding," said US Ski and Snowboard President and chief executive Tiger Shaw.

"We have an opportunity to embark on the journey to the 2022 Beijing Olympic Winter Games together, and I believe that’s powerful.

"Alongside a strong and balanced roster of riders, as well as an elite coaching staff, the Volcom partnership lays the groundwork for the athletes to perform at the highest level and continue to push the boundaries of competitive snowboarding."

IT'S OFFICIAL! @volcomsnow is our NEW official apparel sponsor for the U.S. Snowboard Team, which includes suiting up our teams through the Winter Games in China. Rumor has it @SHAQ and Run the Jewels might be competing at the 2022 games...?!🙌 pic.twitter.com/tqAeDiL7GT

Volcom will outfit both the male and female members of the US snowboard team, including athletes, coaches and support staff.

The collection design nods to US heritage, with the colours of red, white and blue featuring heavily.

Key styles featured in the official assortment include men’s TDS infrared jacket and women’s nya TDS jacket, both of which incorporate Zip Tech.

Athletes will wear Volcom at World Cup, World Championship and national events, as well as official training camps globally leading up to and during Beijing 2022.

Volcom replaces Burton, which produced the uniforms for the team for four consecutive Winter Olympics from Vancouver 2006 until Pyeongchang 2018.