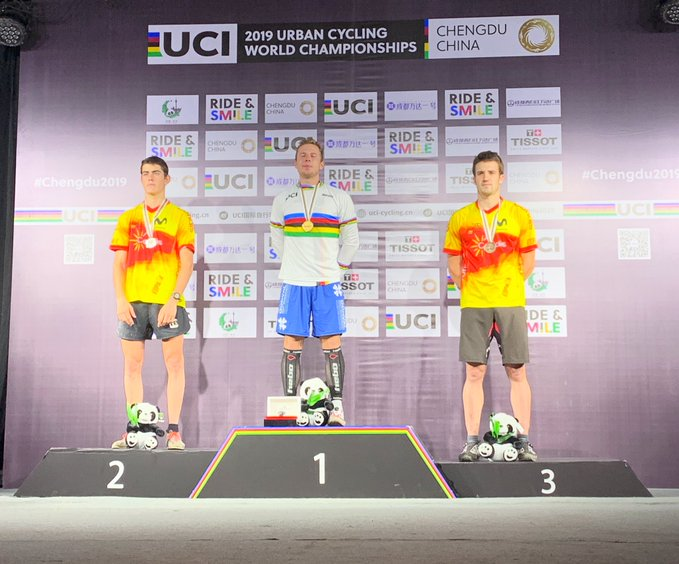 Oswald emerged as the winner of the men's elite 20" competition by achieving a score of 190 points at the Chinese city's Xinhua Park.

He edged out the Spanish duo of Borja Conejos and Ion Areitio, who both scored 180 points to round off the podium places.

Llongueras claimed gold in the men's elite 26" event after his impressive display was rewarded with 180 points, 20 points clear of second placed Nicolas Vallee of France.

There was disappointment for defending champion and top qualifier Jack Carthy as the British rider was forced to settle for bronze on a score of 130.

BMX Freestyle Park qualification also took place, with the finals due to round off the Championships tomorrow.

Hannah Roberts of the United States, the gold medallist at the inaugural World Urban Games in Budapest, topped the standings in women’s qualification.

Roberts, who will be the favourite for gold when the discipline makes its Olympic debut at Tokyo 2020, scored 89.95 points.

The American was followed by Britain’s Charlotte Worthington and Germany’s Lara Marie Lessmann, who scored 86.20 and 78.14, respectively.

Martin scored 95.00 to qualify in first place for tomorrow’s final, with Japan’s Rimu Nakamura narrowly behind on 92.50.

American Nick Bruce and Justin Dowell managed scores of 92.50 and 90.94, while Britain’s Alex Coleborn placed fifth in the semi-final on 90.20.