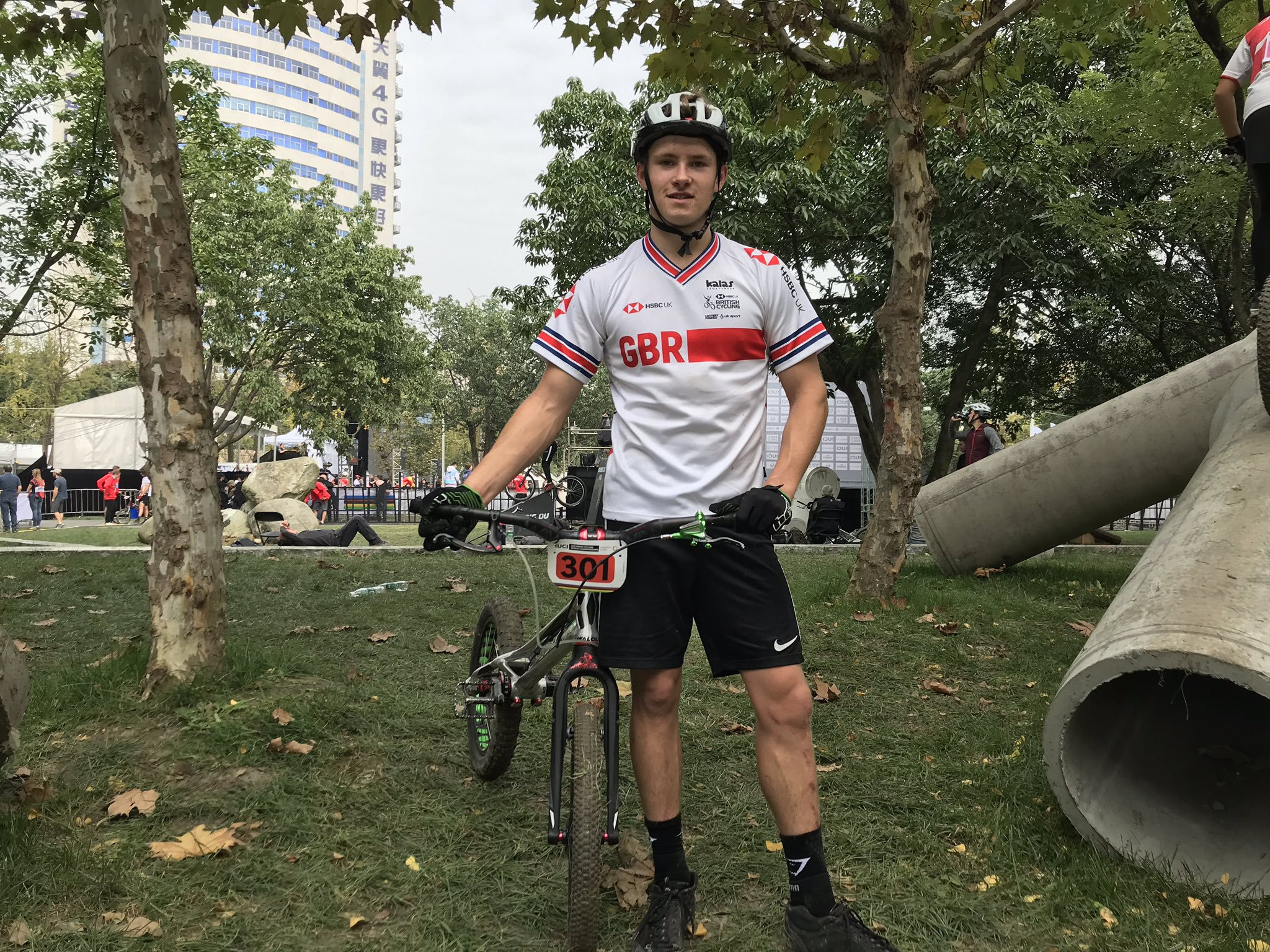 Nina Reichenbach lived up to her tag as favourite when she qualified in first place for tomorrow's women's trials final at the International Cycling Union (UCI) Urban Cycling World Championships in Chengdu.

The two-time defending champion from Germany cruised through qualifying and was at her sharpest as she remained on course for more world glory at Xinhua Park in the Chinese city.

Reichenbach topped the semi-final rankings with a score of 680 points, with 15-year-old Spaniard Vera Barón the best of the rest this afternoon.

Barón collected 550 points to progress to the final, where she will target a first World Championship podium.

The men's junior 20" and 26" finals were also decided on day two as competitors battled it out over three rounds.

In the men's 26" it was German Oliver Widmann who claimed bragging rights heading into the final tomorrow, finishing more than 200 points clear of his nearest rival on 770 points.

Vito Gonzalez of Spain took 540 points in second with compatriot Daniel Barón advancing to the final in third position on 430 points.

Sending it straight into first place, the defending champ! 🌈

Britain's Charlie Rolls was in commanding form in the men's junior 20" and qualified for the final with 850 points from a maximum 900 available.

Spaniards Toni Guillén and Antonio Fraile will be licking their wounds, qualifying in second and third, despite amassing just 580 and 550 points, almost 300 behind Rolls.

The BMX Flatland competition also progressed to the semi-final stages in Chengdu today.

German Julia Preuss repeated her qualifying score of 74.50 points to top the women's standings as Misaki Katagiri of Japan qualified in second place on 74.00 points.

A score of 70.25 points was enough to advance in third place for Austrian Irina Sadovnik.

Matthias Dandois of France topped the men's leaderboard with 87.63 points as Dominik Nekolný from Czech Republic and Alexandre Jumelin of France advanced in second and third place.

Action is due to continue in Chengdu when the trials medals will be handed out.