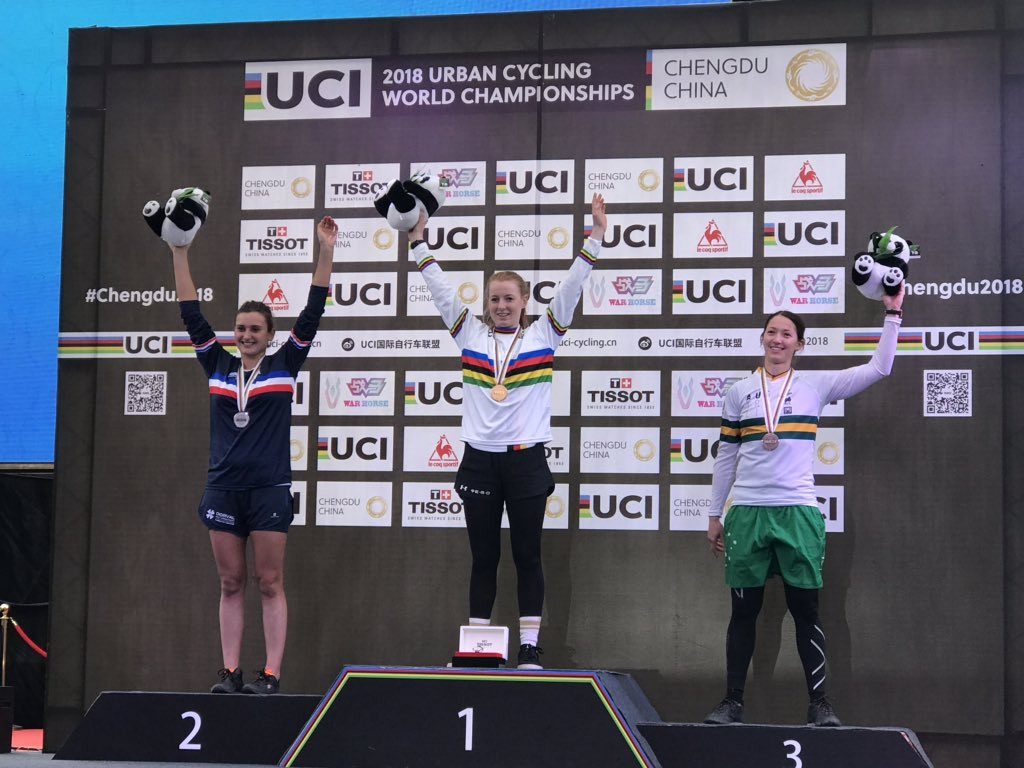 The duo were hoping to win world titles for the third straight year on the penultimate day of the Championships.

Reichenbach had qualified in first place for the women's elite final in the Chinese city.

She replicated the achievement in the final by achieving a score of 240 points to seal the hat-trick of titles.

France's Manon Basseville would finish as the runner-up on a total of 200, while Australia's Janine Jungfels was third on 180.

Carthy was able to defend his men's elite 26 inch title for another year, with the Briton managing 240 points in the final.

There was maiden Austrian success as Thomas Pechhacker won the men's 20 inch competition.

He triumphed with a total of 230 points, just clear of Spanish rival Ion Areitio who managed a score of 210.

The American, winner Festival of Extreme Sports World Series, would qualify in second place on 86.80.

He has done it!! @jackcarthy does it again to become a triple consecutive UCI WORLD CHAMPION! #Chengdu2018 pic.twitter.com/LiLDyYXmZL

She finished just behind her compatriot Perris Benegas, who scored 87.00 to head into the final as the top ranked qualifier.

Another American headed the men’s semi-final field, with Nick Bruce qualifying with a score of 93.40.

Australia’s Brandon Loupos was second on 90.60.

Finals will take place tomorrow as the World Championships draw to a close.