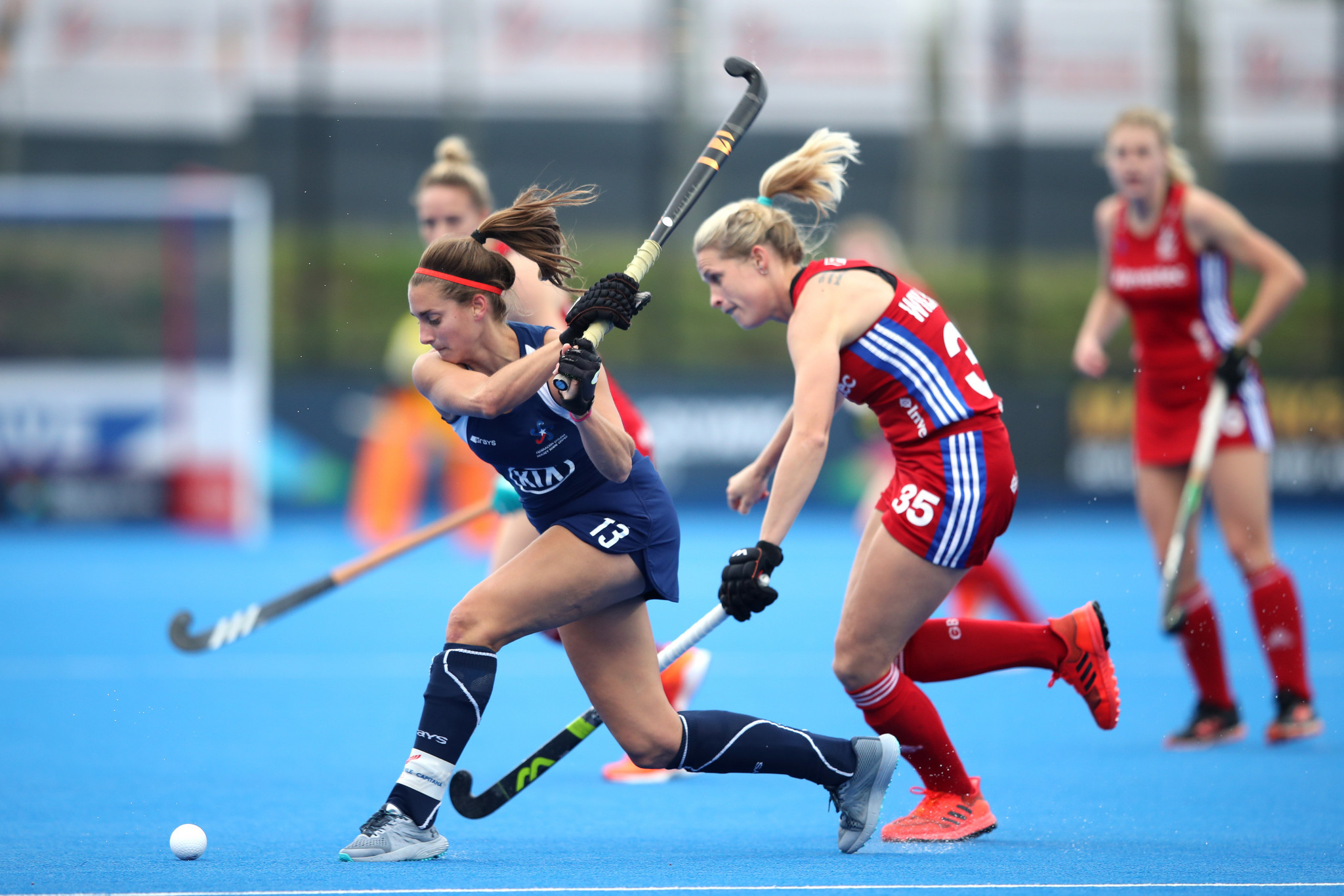 Olympic champions Britain will defend their women's hockey title at Tokyo 2020 after they beat Chile to secure a spot at next year's Games.

Britain's women were one of six sides to qualify for the hockey tournaments at the Games in the Japanese capital as the final places were decided today.

Germany's men and women, Britain's men, New Zealand's men and Ireland's women were the other teams to book their Tokyo 2020 ticket on the last day of the International Hockey Federation Olympic qualifiers.

Britain's women swept aside Chile 5-1 on aggregate following a 2-1 win in the second leg of their tie at the Lee Valley Hockey and Tennis Centre on the Queen Elizabeth Olympic Park in London.

Tessa Howard and a rare goal from Laura Unsworth put the hosts 2-0 up before Fernanda Villagran scored a well-taken consolation for the South American team.

"We are going to the Olympics to defend our title," said Unsworth.

"I think we are all ecstatic and we cannot wait now for the next few months, with some hard training ahead.

"At 3-0 [from the first leg] we knew it was only half-time, we knew we had another 60 minutes of hockey to play.

"It was a good performance, although there are probably parts of the match that we are not that happy with.

"But to come away with a win, ultimately we are going to the Olympics and we are really happy about it."

Britain's men also qualified in style as they thrashed Malaysia 9-3 on aggregate.

The home side were 4-1 up from the first leg and recorded a 5-2 victory to follow their female compatriots in sealing a Tokyo 2020 berth.

Germany will also have representatives in both the women's and men's hockey events at the Olympics.

Germany's women were in superb form as they put seven goals past Italy without reply to complete a 9-0 aggregate demolition at Hockey Park in Mönchengladbach.

Their men had all-but sealed their Tokyo 2020 spot when they won the first leg of their clash with Austria 5-0 yesterday.

Today's second leg was a more even contest but Germany were still able to qualify with ease as the match finished 5-3.

New Zealand's men made light work of opponents South Korea by claiming a 3-0 victory to win 6-2 on aggregate.

The final place in the hockey competitions at Tokyo 2020 was earned by Ireland, who beat Canada 4-3 in a shootout after the tie finished 0-0 on aggregate at Energia Park in Dublin.

Victory ensured Ireland will compete in the women's event for the first time at the Olympics.