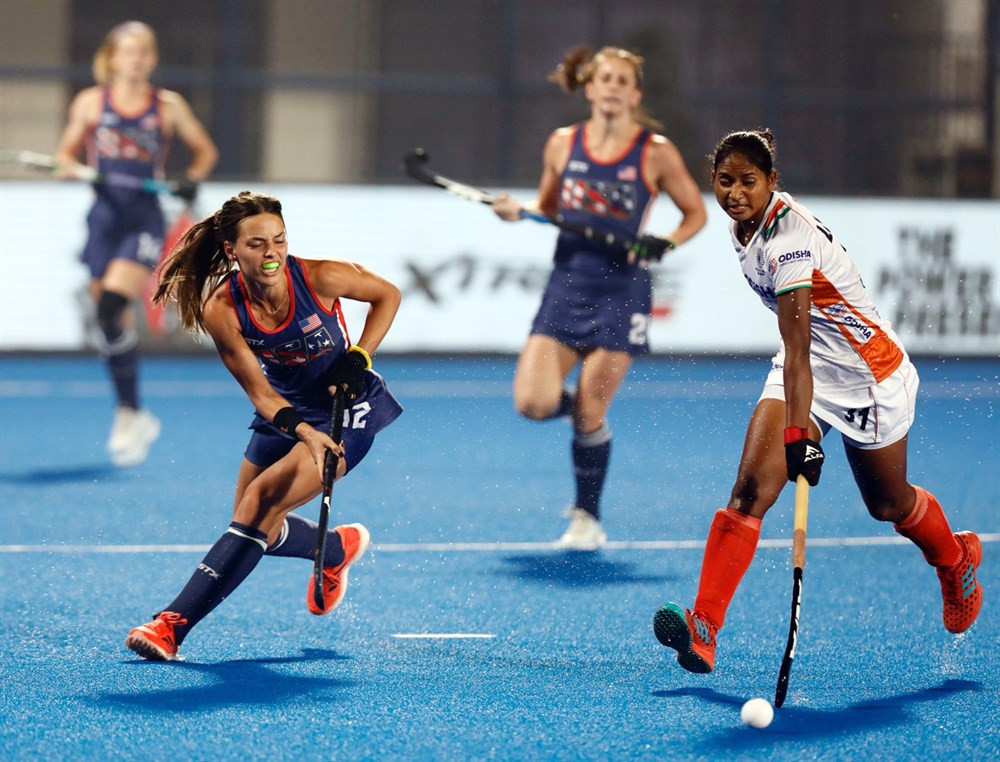 India's women and men secured a place in the hockey tournaments at Tokyo 2020 by winning their respective Olympic qualifiers in contrasting fashion in Bhubaneswar.

The Indian women's team took a 5-1 lead into the second leg against the United States but their advantage was wiped out in the first half at Kalinga Stadium.

A brace from Amanda Magadan and goals from Kathleen Sharkey and Alyssa Parker stunned the home crowd as the US levelled the tie at 5-5.

Rani Rampal restored India's advantage 12 minutes from time and the hosts held out for a nail-biting 6-5 victory on aggregate.

India's men had no such troubles as they thrashed Russia 7-1 to complete an 11-3 rout.

Russia made a promising start when Alexey Sobolevskiy reduced the deficit on aggregate with the opening goal inside the first 35 seconds.

India bounced back with goals from Lalit Upadhyay and a double by Akashdeep Singh to calm the home crowd's nerves.

Nilakanta Sharma, Rupinder Singh's double and Amit Rohidas put the result beyond all doubt in the second half to seal India's place at Tokyo 2020.

Defending Olympic champions Britain took a huge step towards next year's Games with a 3-0 win over Chile at the Lee Valley Hockey and Tennis Centre on the Queen Elizabeth Olympic Park in London.

Germany will also take a lead into their second leg against Italy following a 2-0 victory at Hockey Park in Mönchengladbach.

In the other women's first leg tie played today, Ireland and Canada drew 0-0 at Energia Park in Dublin.

New Zealand edged out South Korea 3-2 in the first leg of their men's tie at Haranaki Hockey Club in Stratford.

Britain fought back from a goal down to beat Malaysia 4-1, while Germany have all-but sealed their Tokyo 2020 berth after they thrashed Austria 5-0.