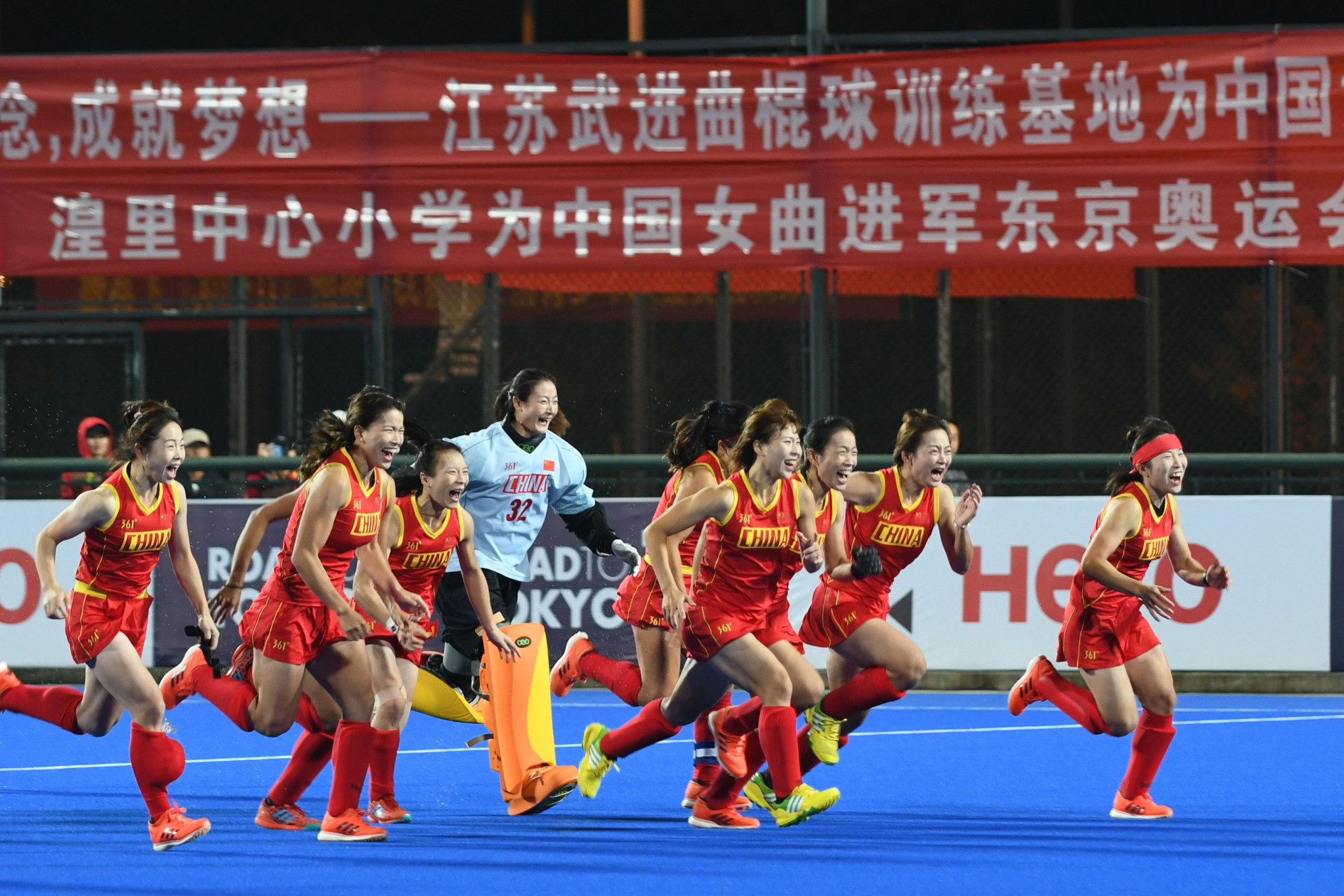 Australia and China booked their place in the women's tournament at the Tokyo 2020 Olympic Games, following contrasting victories in their respective International Hockey Federation Olympic qualifiers.

China scored twice late on to salvage a 2-2 draw on aggregate in their tie with Belgium at the Wujin Stadium in Changzhou.

Goals from Gu Bingfeng and Llang Meiyu helped the hosts record a 2-0 victory in the second leg to send the encounter to a shootout.

Goalkeeper Li Dongxiao was the hero, as the home team won 2-1 to qualify for their ninth consecutive Olympics.

Australia, ranked second in the world, secured their Tokyo 2020 spot in style as they thrashed Russia.

Leading 4-2 from yesterday's first leg at Perth Hockey Stadium, the three-time Olympic champions were in ruthless form as they cruised to a 5-0 victory.

Grace Stewart, Mariah Williams, Sophie Taylor Emily Chalker and Kalindi Commerford got on the scoresheet in the first half to all-but seal Australia's qualification.

Spain became the third women's side to seal a spot at next year's Games as they overcame South Korea 4-1 in Valencia.

Spain's men also qualified after they beat France 6-5 on aggregate in a high-scoring tie.

The hosts won the second leg 3-2 at Estadio Betero after yesterday's match had finished level at 3-3.

Double Olympic gold medallists the Netherlands were held to a 4-4 draw by Pakistan in the first leg of their men's tie at the Wagener Hockey Stadium in Amsterdam.

Ireland will take a two-goal lead into the second leg of their clash with Canada following a 5-3 win at Rutledge Field in Vancouver.

The two sides will lock horns again tomorrow, with a Tokyo 2020 berth at stake.