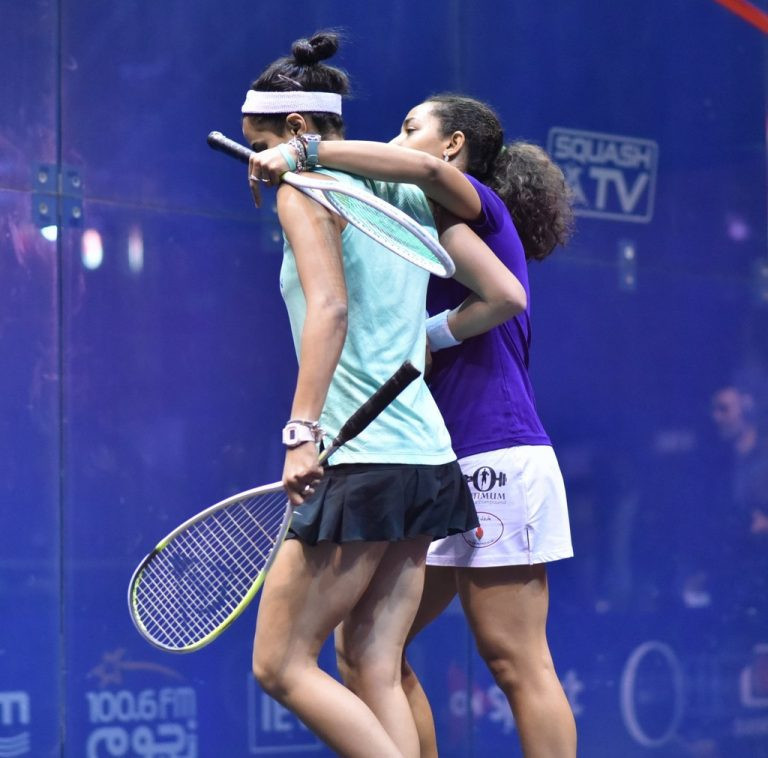 Egypt's Raneem El Welily reached the semi-final of the Professional Squash Association (PSA) Women's World Championship in Cairo tonight without having to expand very much energy.

In front of Cairo’s historic Pyramid of Giza, the world number one's quarter-final against compatriot Nour El Tayeb was cut short after just three minutes because of injury to her rival.

El Welily and El Tayeb have met in all three PSA World Tour events they have played this season, with El Tayeb winning two of them, including their last meeting earlier this month in the U.S. Open semi-finals.

But the world number three shook hands with her opponent after conceding seven points in a row in the opening game, meaning El Welily moves through to last four for the seventh successive time.

Another Egyptian, world number Nouran Gohar, is set to feature in the third World Championship semi-final of her career after overturning a one-game deficit against England’s Sarah-Jane Perry to win 9-11, 11-8, 13-11, 12-10 in 57 minutes.

"Egypt is my lucky place and I play my best squash here because the crowd give me great energy, even when at the beginning I wasn’t at 100 per cent," Gohar said.

"They had to give me that push to play and I didn’t want to disappoint them."

The remaining two quarter-finals are due to take place tomorrow, including Egypt's defending champion against New Zealand's Joelle King.