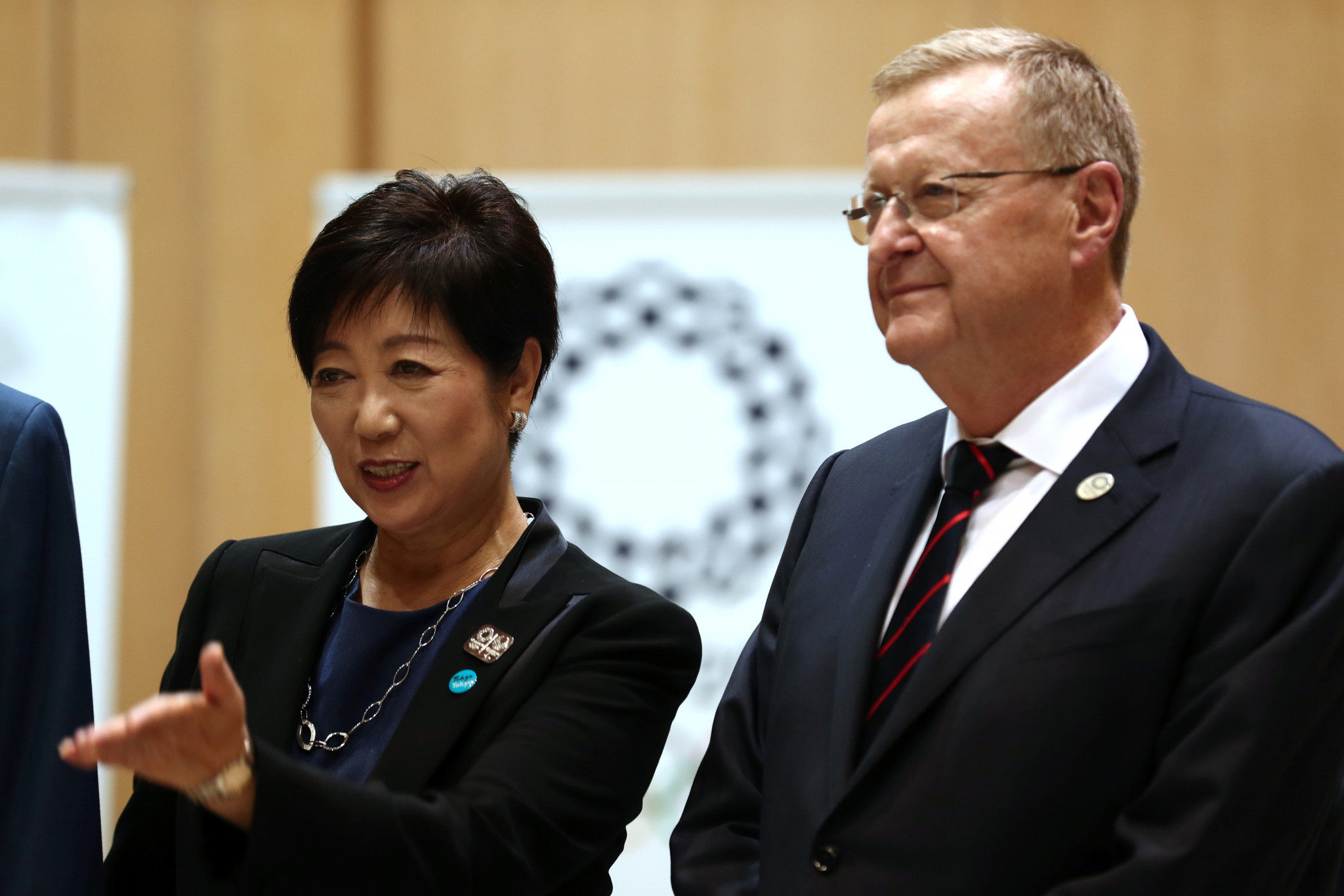 The International Olympic Committee’s (IOC) decision to move the Olympic marathon and race-walk events to Sapporo is expected to dominate discussions during latest Coordination Commission visit to Tokyo.

Coates last week said the decision to move the marathons and race-walking events at Tokyo 2020 was final and will not be revisited.

The relocation of the races to Sapporo, 800 kilometres north of the capital, had been made with the "health and welfare" of the athletes in mind.

Concerning scenes during the marathons at the International Association of Athletics Federations World Championships in Doha were the main reason behind the move, Coates said.

A total of 28 athletes withdrew from the women's marathon due to extreme heat, while others were given medical treatment.

Daily temperatures in Sapporo - the capital of Hokkaido, the northernmost prefecture in Japan - are as much as five to six degrees centigrade cooler during the time of the Games than in Tokyo.

Tokyo Governor Yuriko Koike has been against the change and claimed after her meeting with Coates that the decision to move the events to Sapporo had been a "bolt out of the blue".

A survey conducted by the Tokyo Metropolitan Government has claimed 36 per cent of residents were in favour of the IOC decision to move events to Sapporo, with 32 per cent against.

According to Kyodo News, 76 per cent of the 2,000 people surveyed viewed the IOC process to be "inappropriate", due to claims the organisation had not provided a sufficient explanation to the Tokyo Metropolitan Government.

With Coates insisting the decision to move the marathon and race-walk events to Sapporo is final, the Coordination Commission meeting could see further details outlined of the proposed new courses.

The marathon course is expected to be based on the annual Hokkaido Marathon in Sapporo, which begins and ends in Odori Park.

According to Kyodo News, the park is expected to be favoured over the Sapporo Dome, due to the stadium's narrow entrances and lack of an athletics track.

Using the Sapporo Dome would enable Tokyo 2020 to have a similar plan, enabling organisers to sell tickets in the 41,000-capacity venue, already due to host Olympic football matches next year.

Tokyo could yet attempt to put forward an alternative proposal at the Coordination Commission meeting in a last-ditch effort to keep the marathon and race-walk events in the Japanese capital.

Coates has already dismissed suggestions the marathon could be staged in Tokyo as early as 3am to combat the expected high temperatures.

The Australian has suggested holding the medal ceremonies for the marathons and race-walking events in Tokyo, while discussions over potential economic losses for Tokyo resulting from the move to Sapporo will be held.

The dispute is a rare one, with previous IOC Coordination Commission visits largely concluding with the organisation praising Tokyo 2020.

The challenge posed by the heat expected in July, however, has repeatedly been cited as an issue, with Tokyo 2020 devising heat countermeasures.

Progress in devising these will be outlined by Tokyo 2020 on Friday (November 1).

Organisers will also reveal the results of a water quality survey at Odaiba Marine Park, conducted earlier this summer.

Proposals were put forward by the Tokyo Metropolitan Government to ensure athlete safety, including plans to improve the cleaning of sewage systems and increase the number of nets deployed onto nearby sewage pipes to prevent the outflow of waste.

Further issues raised during the ongoing test events for the Olympic and Paralympic Games could also be discussed during the IOC Coordination Commission visit.