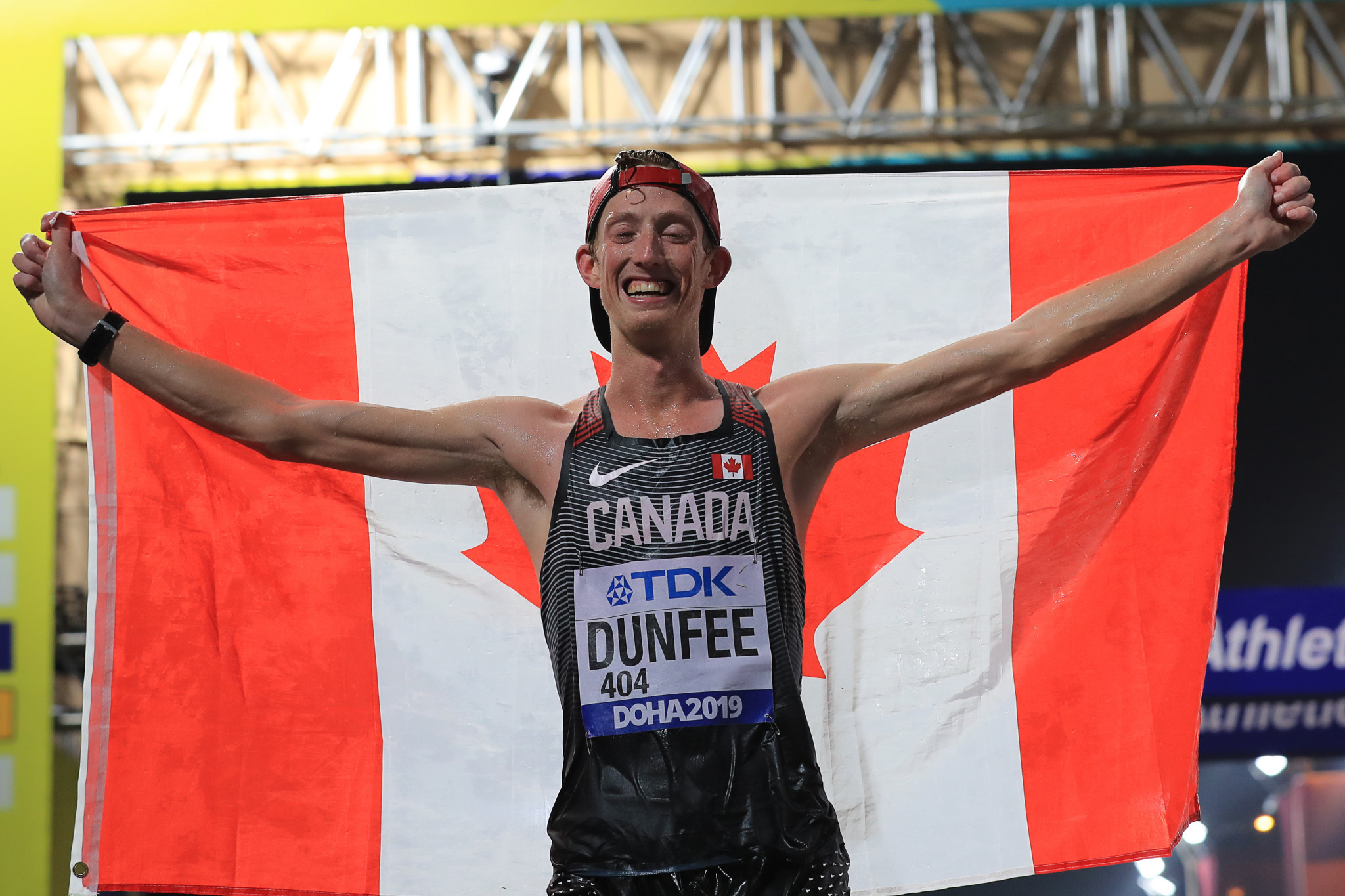 International Association of Athletics Federations (IAAF) World Championships bronze medallist Evan Dunfee has hit out at the International Olympic Committee's (IOC) decision to switch the Tokyo 2020 marathon and race walks from the Japanese capital to Sapporo.

The IOC is relocating the races to Hokkaido, the northernmost prefecture of Japan and located 800 kilometres north of Tokyo, meaning significantly lower temperatures for the athletes during the Olympic Games as a reaction to extreme heat concerns.

In the first of his posts, the 29-year-old said: "Hey, @iaaforg @iocmedia, I'm assuming this means you'll be paying for my family and friends flights and accommodations who have already booked for Tokyo?

"This breaks my heart and is poised to ruin my Olympic experience.

"Was there ANY consultation with athletes over this?

"Prepare for the heat, respect the heat, thrive."

P.s. I know I am incredibly biased and most of my frustration lies in the fact that this lessens my chances of winning an Olympic medal that I’ve dreamed of for 20 years. But no one has given me a good enough reason to set my biases aside on this one.

Dunfee claimed moving the events to Sapporo lessened his chances of winning gold at the Olympics, suggesting that it is an athlete's job to prepare for the conditions, not for organisers to "move the competition for those who don't".

He told French newspaper Le Monde that it would be "a good thing" for him to be able to "walk in a less stifling and less humid climate".

"Unlike Doha, where I did nothing to try to prepare for these conditions, we started to prepare the next season with the issue of the Games in Tokyo, that is to say heat and humidity," added Diniz.

"Now, we will wait for the final decision by early November: if we go to Sapporo, it will change completely the deal with between five to 10 degrees difference and much less moisture."

He expressed his surprise at the move but that he would end up following the decision of the IOC.

Comments about the Sapporo news from European marathon champion Koen Naert, who travelled to Tokyo this past summer to run the Olympic marathon course one year before the Olympics. 今年8月に東京五輪マラソンコース下見に来た欧州マラソン金メダリストのナート選手のコメント： pic.twitter.com/BtNVBqVYYJ

Yesterday, Tokyo 2020 said they would discuss the announcement during the IOC Coordination Commission meetings to be held at the end of October.

Doubt over how much Japanese officials had been involved in the decision was cast by Toshiaki Endo, a special representative from Tokyo 2020 President Yoshirō Mori, when addressing the Association of National Olympic Committees General Assembly in Doha.

Endo told delegates, including Bach, that they wanted to discuss the "proposal" and made it clear they did not consider it the done-deal the IOC were presenting it as.

John Coates, the chairman of the IOC Coordination Commission, defended the IOC decision.

"For Tokyo 2020, it came as a bit of surprise and I understand that," he told Kyodo News.

"But the problem is that you can't leave this up in the air.