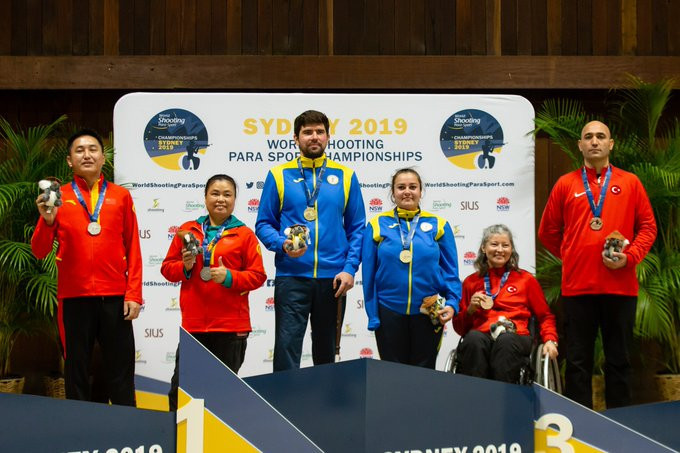 The Ukrainian duo posted a score of 477.2 points in the P6 final to secure the historic title at the Sydney International Shooting Centre, a venue purpose-built for the 2000 Olympic and Paralympic Games.

China were second on 461.5 points, with bronze medal claimed by Turkey.

"It’s a victory for our country," Liakhu said.

"It’s very comfortable and calm to compete alongside Denysiuk."

Sweden's Anna Normann ended her wait for a World Championships gold medal as she won the women's 50m rifle three positions SH1 event with a total of 453.7.

Lee Yun-ri of South Korea was forced to settle for silver having amassed 451.9 and Natascha Hiltrop earned bronze on 439.2 points.

Action in the Australian city is due to continue tomorrow.