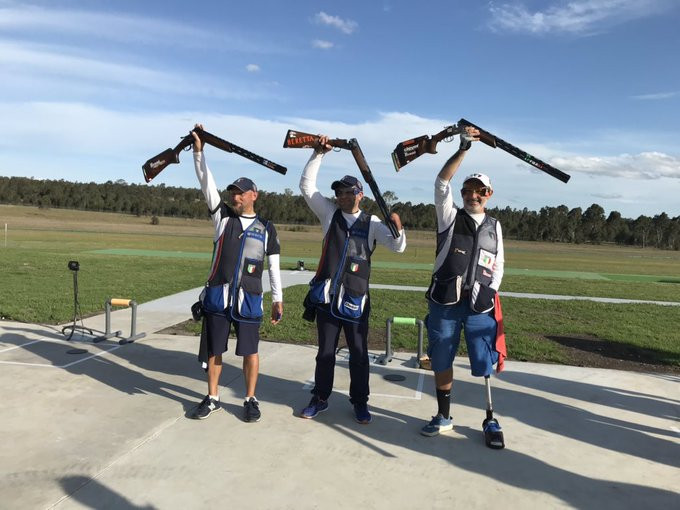 Nespeca shot 39 targets in the final to match the world record and take gold at the Sydney International Shooting Centre, a venue purpose-built for the 2000 Olympics and Paralympic Games.

His compatriot Mirko Cafaggi claimed silver on 29 targets, with bronze going to Emilio Poli on 23.

Alessandro Spagnoli led the Italian domination of the PT2 competition with a score of 40.

Saverio Cuciti was three hits adrift in second place, while Raffaele Talamo did enough for bronze on 26.

Oreste Lai was another Italian winner on day two of the event as he topped the podium in the PT1 mixed trap seated competition.

Lai sealed the title after beating Juha Myllmaki of Finland in a shoot-off, while Britain's Allan Ritchie took bronze.

Andrea Liverani of Italy was forced to settle for silver on 232.5 and Francek Tirsek of Slovakia earned bronze.

Action at the Championships is due to continue tomorrow.