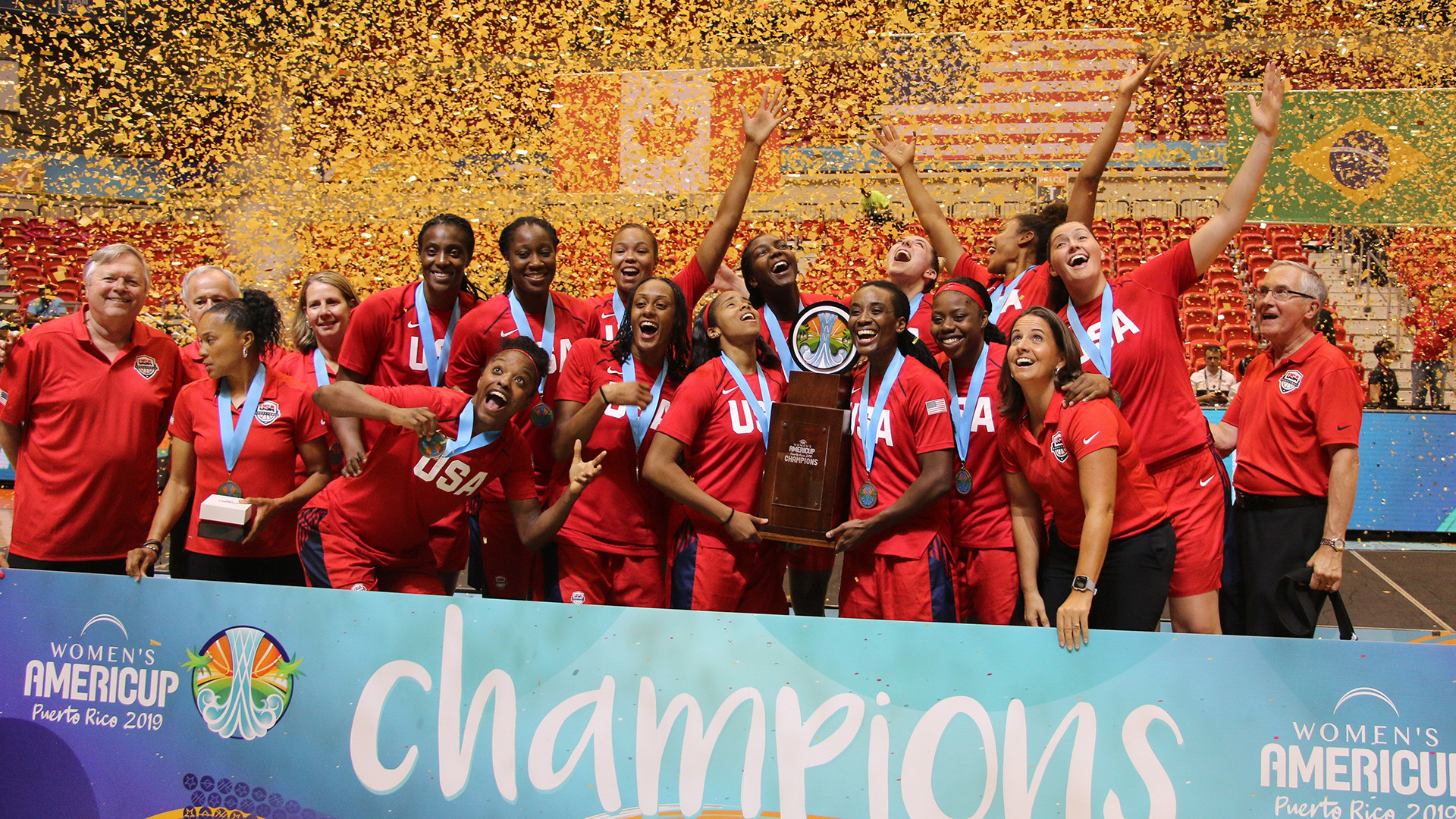 The Americans, winners of every Olympic gold medal since Atlanta 1996 and the last three World Cups in a row, do not normally participate in the regional event but were involved this year and started as big favourites.

Their last appearance at the tournament was in 2007, when they also won, and they had too much in the tank for the Canadians as they captured just a third title in all.

Tina Charles was among the star US performers, recording 12 points and 11 rebounds at Roberto Clemente Coliseum in San Juan.

Sylvia Fowles also bagged 12 points in just 17 minutes of action, alongside six rebounds and two blocks, en-route to being named as the tournament's most valuable player.

Aaliyah Edwards contributed nine points and three rebounds for Canada who were the back-to-back defending champions.

US head coach Dawn Staley was disappointed with the American shooting but their defence kept the Canadians at bay.

"We got off to a slow start," said Staley.

"I thought we were forcing things a little bit.

"We played at Canada's pace.

"Once we turned up our defence, got into transition and got some easy buckets, I thought we got into a better flow.

"Today, playing against Canada, when we needed to score, it came from our defence.

"It was really promising that we were able to bear down, get some stops and turn them into some easy transition buckets."