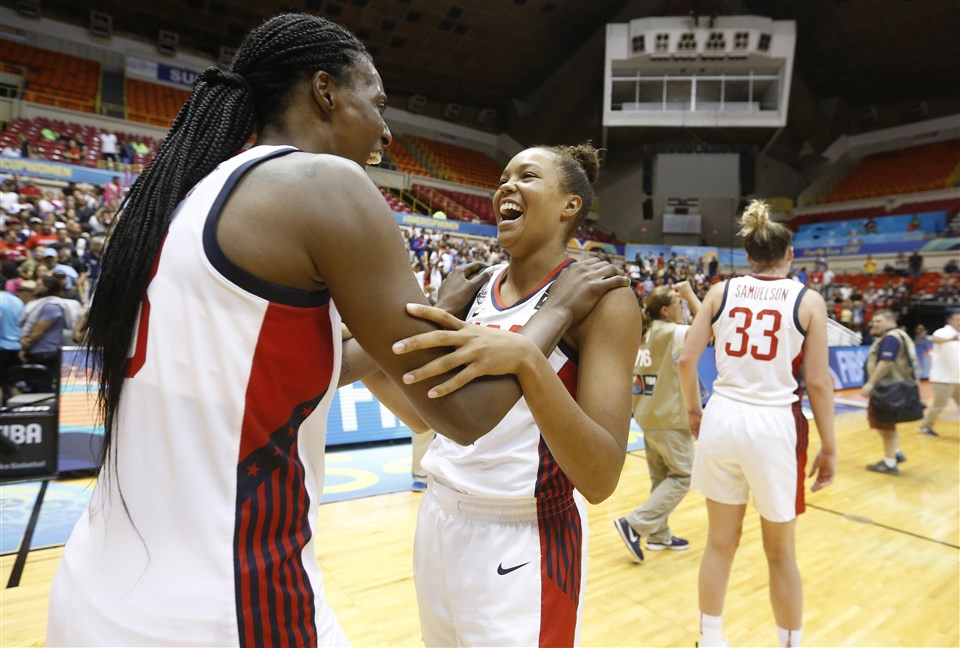 United States and Canada will meet in the final of the International Basketball Federation Women's AmeriCup after both came through their last four contests in Puerto Rico today.

The Americans, winners of every Olympic gold medal since Atlanta 1996 and the last three World Cups in a row, do not normally participate in the regional event but are involved this year and are heavy favourites.

They saw off hosts Puerto Rico 78-54 today at the Roberto Clemente Coliseum in San Juan.

The US last played in the Women's AmeriCup in 2007 in Chile, when they won the tournament.

Victory in the final would mean only a third gold in all.

"Puerto Rico did a great job of speeding us up," said US coach Dawn Staley.

"They put themselves in a position of having a game plan that put them in the best position to win, which was scrambling around, getting long rebounds, shoot as many threes as they can."

"After the first quarter of the game we settled down, made some adjustments and started rebounding the ball a little bit better defensively."

They trailed 45-43 going into the fourth quarter but dominated the final stanza to keep their hopes of a fourth title alive.

"The key for us to get the win was coming together on the defensive end," said Colley.

"Brazil had great spurts so we just had to play defence and come in to help each other out.

"My coach and my team-mates have a lot of confidence in me so it made me feel very confident out on the floor."

The final and bronze medal match are due to take place tomorrow.