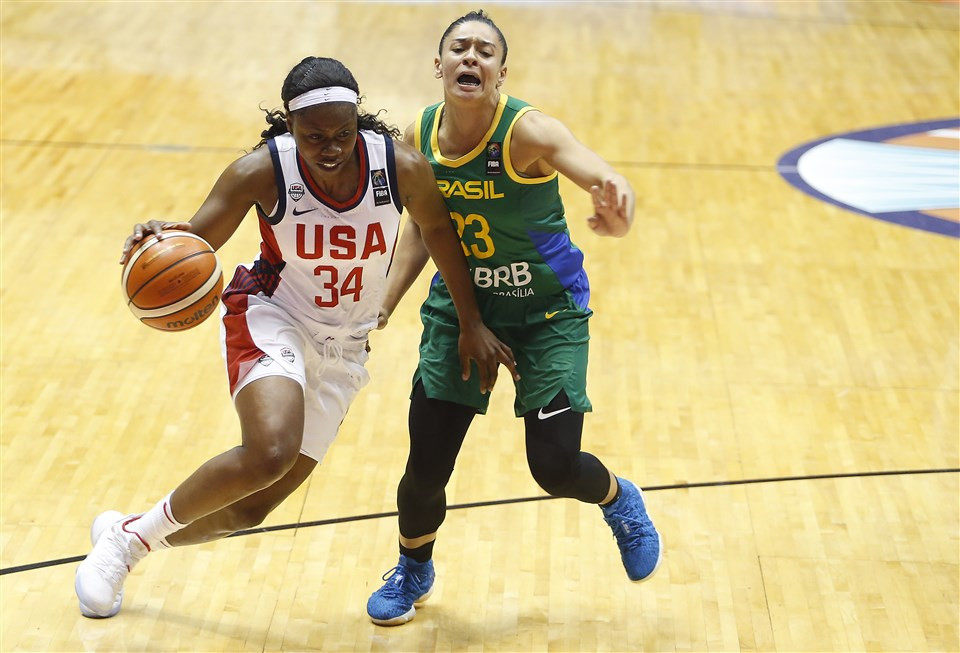 The United States are set to play Puerto Rico in the semi-finals of the International Basketball Federation (FIBA) Women's AmeriCup in San Juan.

The American side defeated Brazil 89-73 at Roberto Clemente Coliseum to finish top of Group B, with their vanquished opponents finishing second.

The US do not usually participate in the regional event, but are considered favourites having won every Olympic gold medal since Atlanta 1996 and the last three World Cups in a row.

Puerto Rico finished second in Group A with a comfortable 79-39 victory over Mexico, Deanna Kuzmanic and India Pagán leading the attack with 12 points each.

The remaining semi-final is due to take place between back-to-back defending champions Canada and Brazil.

Bridget Carleton and Jamie Scott impressed for the Group A victors, producing 15 and 14 points respectively.

Puerto Rico, Canada and Brazil have now advanced to the FIBA Americas Pre-Olympic Qualifying Tournaments for Tokyo 2020, with the US have already booking their place in Japan after winning last year's World Cup.

Colombia and Cuba will meet on Saturday to determine who finishes fifth and takes the last spot at the qualifying event.