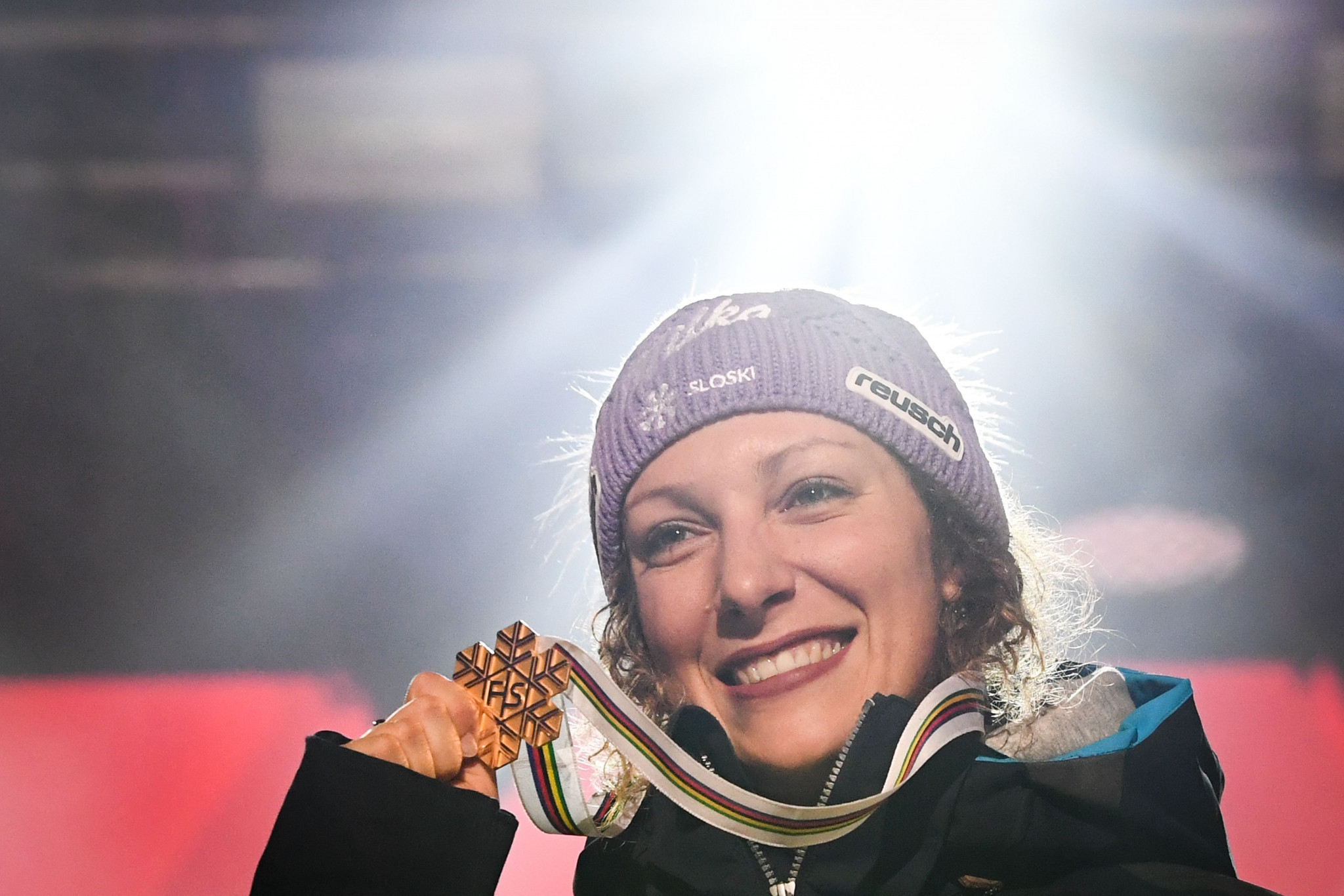 Back-to-back downhill world champion Ilka Štuhec has returned to the snow for the first time since suffering a major injury six months ago.

The 28-year-old Slovenian tore her ACL when competing at the International Ski Federation (FIS) Alpine World Cup in Crans Montana in Switzerland on February 23, and has been bidding to regain fitness.

Štuhec's return went "without issue", according to the FIS, and she will now hope to compete at the opening legs of the new World Cup season.

The first speed race is a downhill scheduled for Lake Louise in Canada on December 6.

This is the second time Štuhec has been forced to return from an ACL tear after she suffered the same injury in October 2017.

On that occasion she missed the entirety of the 2018 season, including the Winter Olympics in Pyeongchang.

Štuhec won this year's downhill world title on February 10 in Åre in Sweden, less than two weeks before her injury.

It meant she defended the title she won in 2017 in St. Moritz in Switzerland.

Her other honours include the overall downhill and combined World Cup titles in 2017, and three Junior World Championship gold medals.