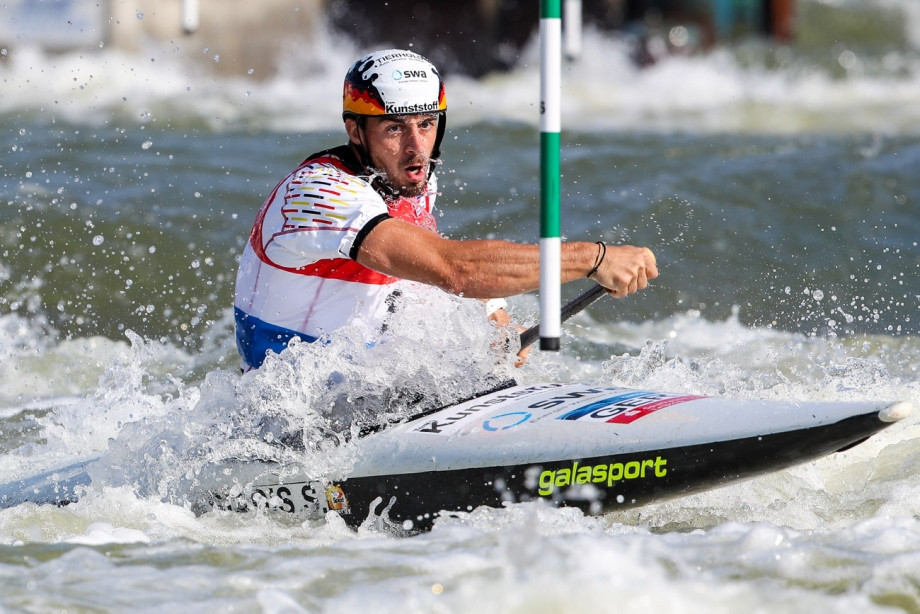 If they finish as the best German in their events this weekend, a place at the Tokyo 2020 Olympic Games is assured.

The 29-year-old is hoping to qualify for his third Olympics after taking the silver medal at London 2012.

He is in a tight tussle with team mate and reigning C1 world champion Franz Anton for Germany's Tokyo 2020 team, and his performance today has put the pressure on early.

"Franz is very good here, because this is his home course," Tasiadis said.

"But if I can keep my line like I did today, then I could get pre-selection for the Olympic Games.

"I'm not nervous, maybe that's how I get to paddle so fast.

"I want to lock it away one year before, because then I can train for the Olympic Games, not like other nations that have only two or three months to prepare."

Fox went one better in the women's C1 heats, leading the way in 1:49.14 despite running into trouble at the top of the course.

She was followed by Great Britain's Bethan Forrow, who posted 1:49.20 in the second run, and Germany's Andrea Herzog completed the top three in 1:49.49.

France's Boris Neveu was his nearest challenger after registering a time of 1:31.24 in the second run, narrowly quicker than Australia's Lucien Delfour in 1:31.36.

The semi-finals and finals of the men's C1 and women's K1 events are scheduled.