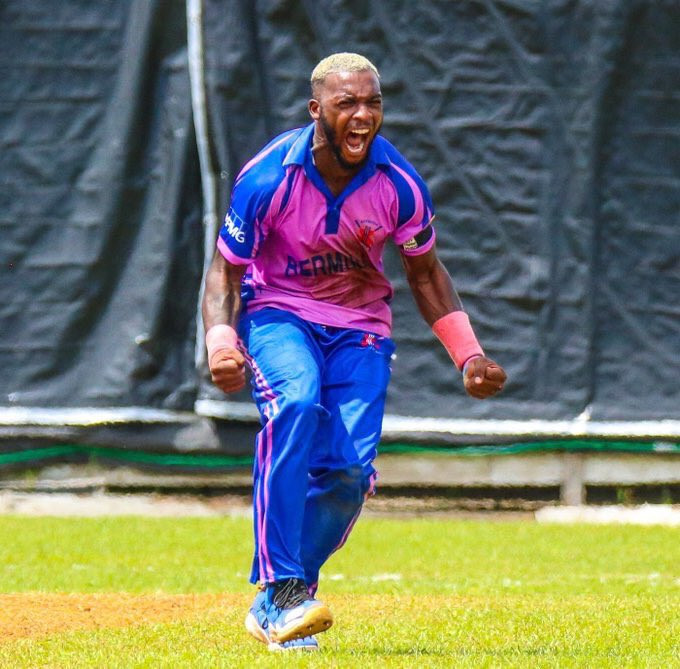 Canada followed this with a four-wicket defeat of the United States.

It leaves both Bermuda and Canada on five points, after no result was possible when the pair met on Monday (August 19) due to rain.

The US are now in danger of not making it through to the international ICC T20 World Cup qualifier, with two defeats from their first three matches, while the Caymans are yet to register a point.

Bermuda went to the top of the Men's T20 World Cup Qualifier Americas table with victory over Cayman Islands, thanks in no small part to this blistering knock from @SussexCCC's Delray Rawlins 👏 pic.twitter.com/wdQa2QiW6q

In the first game of the day, Cayman Islands hit 116-9 from their 20 overs, opener Chad Hauptfleisch top scoring with 42 from 39 balls, while medium pace bowler Onais Bascombe took 4-10.

In response, Bermuda reached their target with 28 balls to spare having recovered from 36-3 - Delray Rawlins top scored with 49 off 31 balls.

In the later game, United States reached 144-6, Steven Taylor top scoring with 38 from 31, however Canada chased it down with five balls to spare.

Canadian captain Navneet Dhaliwal was the star, his 54 from 41 deliveries crucial in anchoring the innings.

Action continues tomorrow with Cayman Islands versus Canada and Bermuda against the US at the Bermuda National Stadium in Hamilton.

Realistically, US need victory in order to stand a chance of progression, while a win would likely send Bermuda into the international T20 qualifiers for the first time.