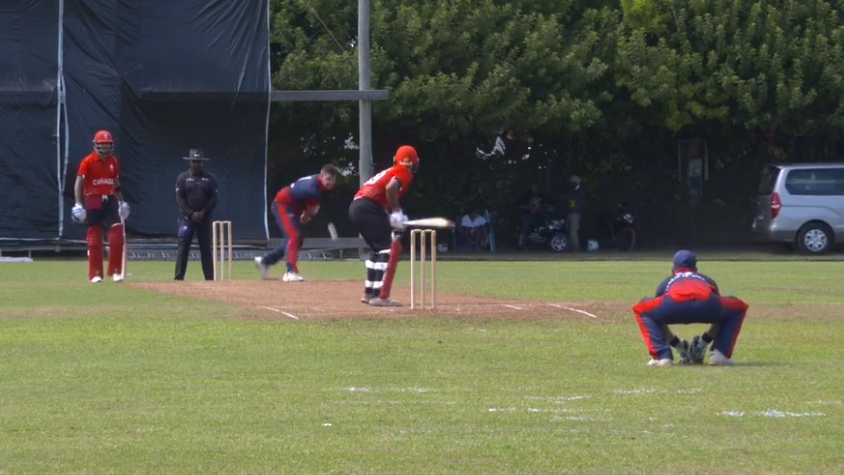 Canada got off to a winning start at the International Cricket Council T20 World Cup Americas Regional Finals as Ravinderpal Singh blasted a superb century against Cayman Islands.

Singh needed just 48 balls for his 101 with the innings in Bermuda including 10 sixes and six fours.

He was eventually bowled by Conroy Wright but the damage had been done as the Canadians won by 84 runs at White Hill Field in Sandys Parish.

There was also success on day one of the tournament for the hosts who edged past United States by six runs.

Canada ended on a huge total of 196-6 after winning the toss and electing to bat, with captain Nitish Kumar supporting Singh with 41.

Paul Manning took 2-3 from his sole over for the Cayman Islands but his side's attack were given a torrid time.

They reached 112-7 in reply with Gregory Strydom falling one run short of a half century on 49.

Medium-pacer Romesh Eranga led the Canadian bowlers with 3-19 as he removed three of the top four.

"It's an amazing feeling for me," said Singh, who batted at four.

"When you know the pace of the wicket it gets easier for you."

Bermuda also won the toss en-route to victory and posted 141-7 after electing to bat.

They recovered from 12-2 at one stage as Delray Rawlins top-scored with 63 from 53 balls, an innings which included six fours and three sixes.

Cameron Gannon was the pick of the American bowlers as he took 2-21 with his medium pacers.

In reply the US slumped to 39-3 and came up just short after their 20 overs.

Aaron Jones top-scored with 39 from 29 balls as medium-pacer George O'Brien led the Bermudan bowling with a frugal 2-14.

The double round-robin tournament will continue tomorrow with Bermuda taking on Canada and the US facing the Cayman Islands.

Both games will take place at the Bermuda National Stadium in Hamilton.

The top two sides at the end of the event will qualify for the ICC's T20 World Cup Qualifier, to be held in the United Arab Emirates in October and November.

This will in turn offer six places for the 2020 ICC T20 World Cup in Australia.