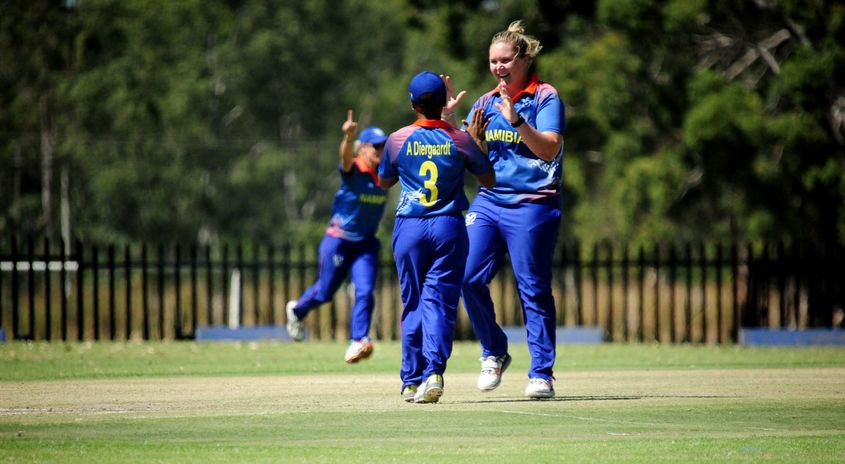 Nigeria and Namibia will replace suspended Zimbabwe at the upcoming Men’s and Women’s T20 World Cup Qualifiers, respectively, it has been announced by the International Cricket Council (ICC).

Zimbabwe was suspended by the ICC last month for Government interference in the running of the sport in the country.

The ICC Board made the decision after the entire Zimbabwe Cricket Board (ZCB) was suspended by the Government's Sports and Recreation Committee and replaced with an interim group.

Nigeria will take the 14th and final spot at the Men’s T20 World Cup Qualifier, due to take place in the United Arab Emirates from October 11 to November 3.

They will join Hong Kong, Ireland, Jersey, Kenya, Namibia, The Netherlands, Oman, Papua New Guinea, Scotland, Singapore, hosts the UAE and two teams from the Americas Regional Finals scheduled to be held in Bermuda from August 18 to 25.

Nigeria finished third at the Africa Regional Finals in May and as such become the third team from the continent in the Men’s T20 World Cup Qualifier along with Kenya and Namibia.

In the Women’s T20 Qualifier, Namibia will join Bangladesh, Ireland, The Netherlands, Papua New Guinea, Thailand, the United States and hosts Scotland in competing from August 31 to September 7 for the two remaining spots at next year’s World Cup.

Namibia step into the frame by virtue of their ranking at the Africa Qualifier in May, having lost the final to Zimbabwe.

In a statement released in July, the ICC said Zimbabwe had failed to "ensure that there is no Government interference in its governance and/or administration for cricket respectively".

The ICC has ordered the ZCB be reinstated within three months and the case would be discussed at the next Board meeting in October.

ICC chairman Shashank Manohar claimed what had happened in the African country represented a "serious breach" of the organisation's constitution.

The decision means Zimbabwe is barred from competing at any ICC-sanctioned event and freezes funding to the ZCB.