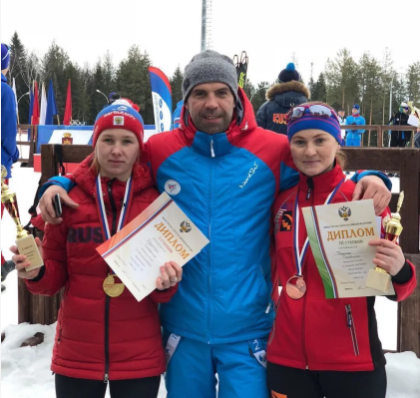 The coach of the newly-formed Russian women’s Nordic combined team believes the discipline has a future both in the country and all over the world.

Denis Tishagin’s claim follows the announcement earlier this year that a Nordic Combined World Cup for women will be held for the first time in the 2020-2021 season after its creation was approved at the International Ski Federation (FIS) Calendar Conference held in Cavtat-Dubrovnik in Croatia.

Tishagin, a former Nordic combined athlete who participated at the 1998 Winter Olympic Games in Nagano in Japan, said the main goal of the Russian Ski Jumping and Nordic Combined Federation is the 2021 FIS Nordic World Ski Championships in Oberstdorf in Germany.

"We have time to create optimal training plans, team supply, to work out all nuances," he said.

"We need to add resources in all directions.

"All women's teams in Russian Nordic combined are involved in preparing for this important step already.

"We hope for the support of the Ministry of Sport of Russia and the Federation represented by our main sponsor, the company 'TMK', and President Dmitriy Dubrovskiy.

"Women's Nordic combined has a future both in Russia and all over the world."

During the previous two seasons, only junior staff was financed but a full team has now been formed comprising Stefania Nadymova, Svetlana Gladikova, Anastasia Goncharova and Glafira Noskova.

Olga Aristova and Alexandra Glazunova, meanwhile, have individual training plans, but Tishagin stated the overall list could be changed after the Summer Russian Championships.

"My work is very interesting," he said.

"I feel a special responsibility for the new athletes in my team.

"It is necessary to create the right methodology for them."

The upcoming FIS Nordic Combined Summer Grand Prix, due to begin in the German town of Oberwiesenthal on August 24, will feature new venues and a mixed team event for men and women.

"The fact that the mixed relay was introduced is a great achievement for both women's and men's Nordic combined in general," Tishagin added.

"For the Russian team, it is a real chance to fight for the top six."

The establishment of a World Cup tour for women provides a significant boost to the discipline's chances of joining the men's equivalent on the Winter Olympic programme.

Women's Nordic combined failed with its bid for inclusion at Beijing 2022, but it is likely the FIS will try again for the 2026 edition in Milan-Cortina.