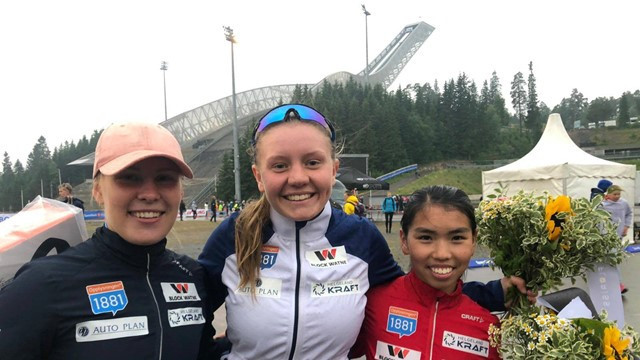 The Norwegian Ski Federation has established a special training group for women's Nordic combined, which is intended to help prepare athletes for major medal events to come in the future.

The group is mainly meant for those in the junior category with the opportunity for younger girls to take part in individual camps.

A mix of additional camps and education seminars for the respective coaches are planned.

The goals of the group include creating a good training atmosphere and building the team spirit of the girls.

Others are securing individually-tailored training plans for girls pursuing Nordic combined, raising the quality of everyday training and fostering the development of high-performance athletes in women’s Nordic combined.

Among those responsible for the group is Linda Svensrud, who is in charge of the general co-ordination topics.

She is joined by Øivind Strøm, the national head coach for women’s Nordic combined, and Jo Morten Hagen, who is responsible for the planning of training and consultation with team coaches.

The schedule for the summer is made up of five different events, starting with one during Oslo Ski Show.

This will be followed by a training camp on the occasion of "Kombinertskolen" in Trondheim in August.

September will see events held at the KK-samling in Lillehammer and a common training session with Norway’s "Team Beijing 2022" in Trondheim in conjunction with the Norges Cup.

A final camp is scheduled for November in Trysil.

They were also all nominated to take part in the first training camp along with Thea Minyan Bjørseth, Oda Leiråmo and Mathilde Oustad.

As revealed by insidethegames in March, women's Nordic combined is among the new events and disciplines proposed by Winter Federations for the Beijing 2022 Winter Olympic Games.

Applications will be considered by the International Olympic Committee before a decision is made at an Executive Board meeting in July.

Their team was made up of Jan Schmid, Espen Andersen, Jarl Magnus Riiber and Jørgen Graabak.

Nordic combined was the sole men-only discipline on the Pyeongchang 2018 programme.

The proposal follows other recent attempts to introduce women's competitions, although participation numbers are still very low at the moment.