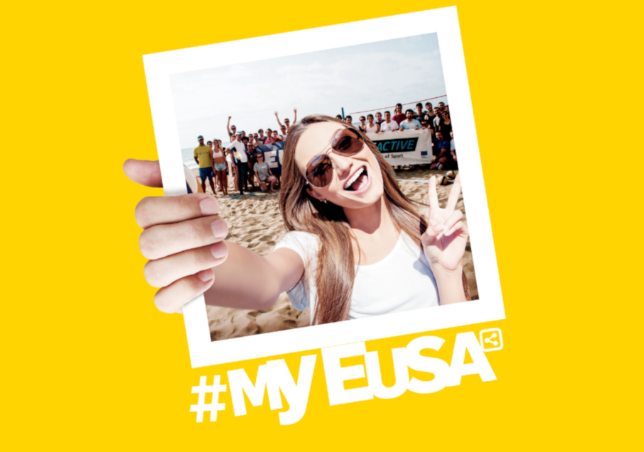 Athletes, officials and fans are being urged to post pictures "of what university sport means to you" to the EUSA's new #Myeusa app.

Entrants can win a GoPro camera or EUSA-branded clothing as the organisation seeks to promote this year's Championships.

The winning picture was taken by Jose Miguel Cazorla Bernal, a student of San Jorge University in Spain, which was of a Coimbra 2018-branded rugby ball taken during a training session for the rugby sevens tournament.

The European Universities Championships are a series of individual sporting competitions held across the continent involving individuals and teams representing universities.

The 2019 series is set to be the biggest Championships since they were first played in 2001, with 22 sports including new additions kickboxing, orienteering and water polo.

EUSA was founded in 1999 and has university sports federations from 40 European countries as members.