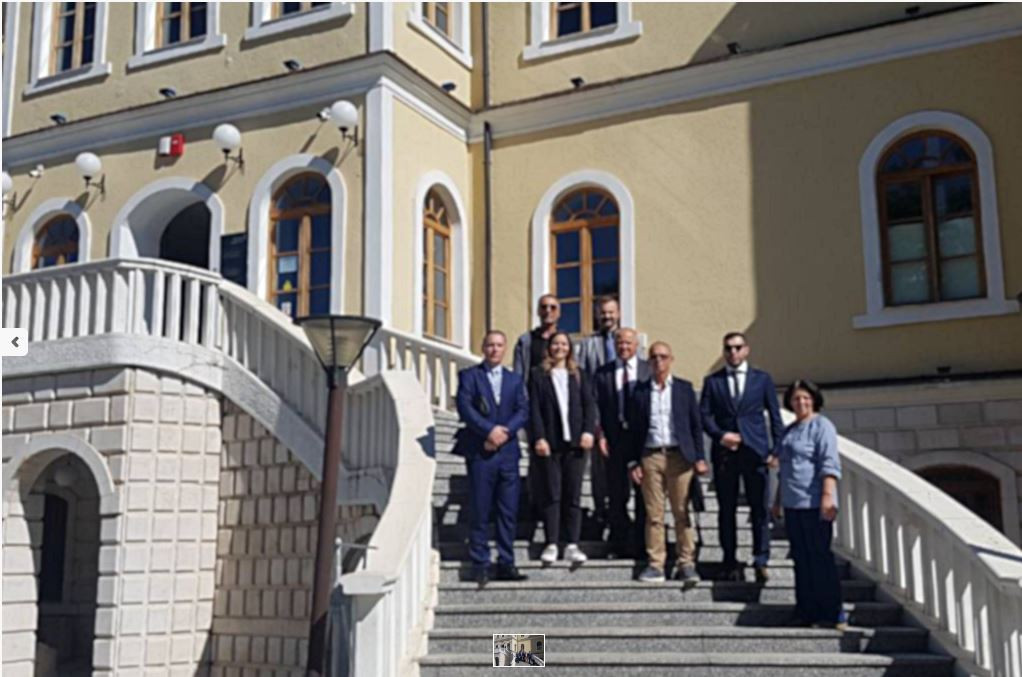 They also visited various sports facilities in Pristina, including the recently renovated City Stadium and the Faculty of Sport, held a press conference on EUSA’s work in developing university sport in Kosovo and met the Mayor of Pristina Shpend Ahemti.

During the press conference, Gashi promised he will support a FUSK bid to host a European Universities Championships in 2021.

Ahemti also announced his city’s support for a bid to host, during a meeting in which he said Pristina has the youngest population of any European capital city, with 50 percent of people reportedly aged under-25.

On the final day of the visit EUSA’s sports manager Besim Aliti attended the Opening Ceremony of the European Week of Sport in Kosovo alongside Gashi and the Presidents of both the Croatian and Albanian National University Sports Federations.

FUSK were congratulated by Roczek on their "proactivity and great work" since they became full EUSA members in April.

It was claimed, that with the support of the Government, the Federation "has a great environment to become and active member of the university sports community".

However, in July the International Olympic Committee (IOC) urged all sports organisations to "carefully consider" awarding events to Kosovo, amid ongoing political tension in the region.

In a statement put out by the IOC Executive Board, they said the situation between Kosovo and Serbia "makes it extremely difficult in practice for both countries to host an international sporting event involving athletes from this region".

IOC Presidential spokesperson Mark Adams added that international sports bodies "need to be aware it could run into problems" if they stage competitions in the troubled region.

The IOC’s stance arose after Kosovo's karate team was barred from competing at the European Championships in Novi Sad in Serbia in May.