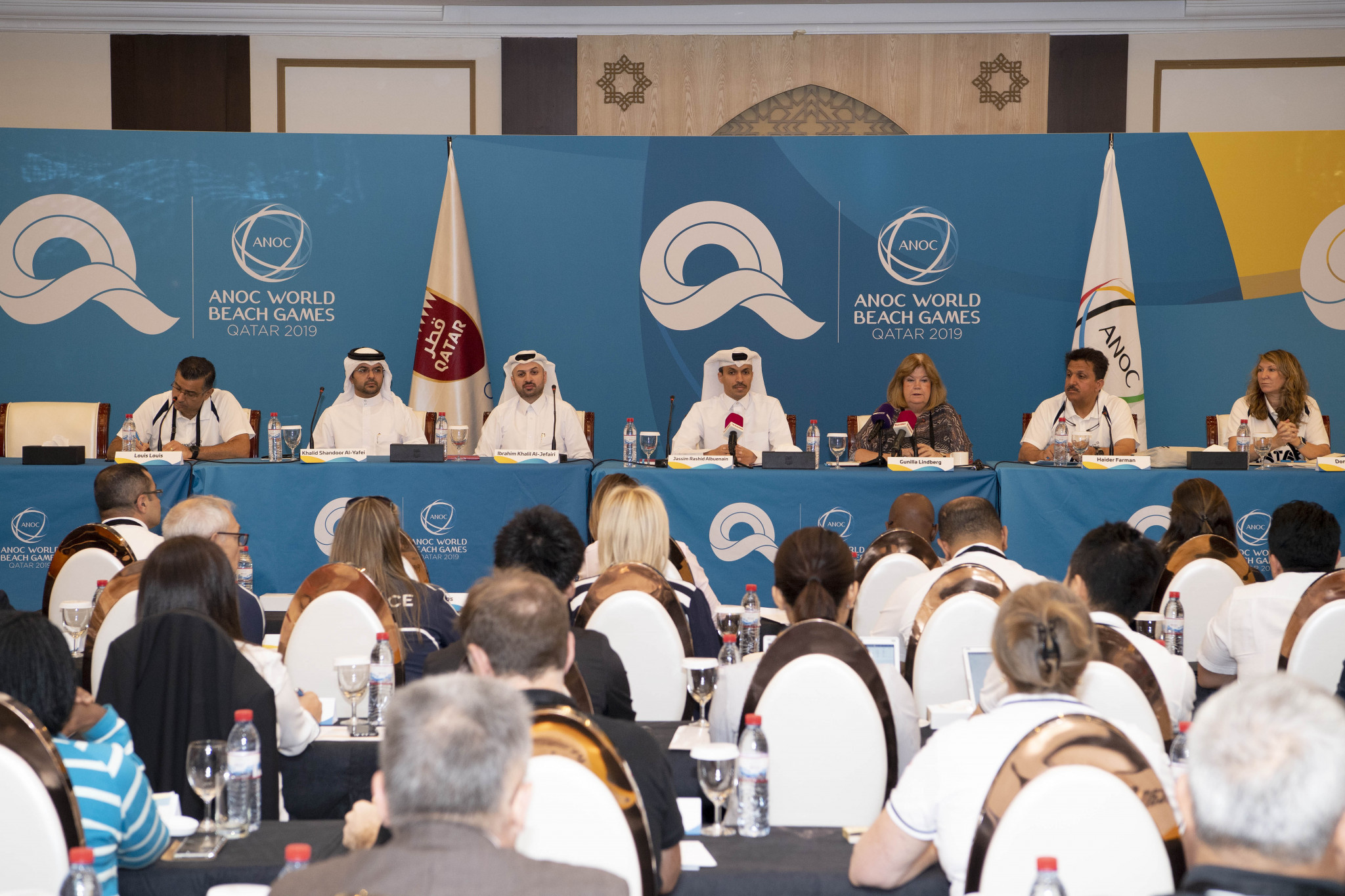 Representatives from more than 80 countries have inspected preparations for this year's Association of National Olympic Committees (ANOC) World Beach Games in Qatar in the latest test for the recently-established Organising Committee.

The Chef de Mission seminar for the Games, stripped from San Diego and relocated to Doha after Californian organisers proved unable to raise the necessary money to fund the event, followed the technical delegate meeting last week.

The event allowed officials from over 80 National Olympic Committees (NOCs) to tour proposed venues and receive information on areas including security, anti-doping and ticketing.

The venue master plan, which remains subject to possible changes pending feedback from International Federations, was the focus of the first day of the seminar.

The Chefs de Mission then toured the Athletes’ Village, which will be located in the Ezdan Hotel.

They were also given a tour of Katara Beach, set to be the main venue for the Games, and the proposed secondary location at Gharafa Sports Complex.

Presentations on arrivals and departures, accommodation, transport, media, telecommunications and the ceremonies for the event, due to run from October 12 to 16, were given on the second and final day of the meeting.

"To have arranged for this many representatives to attend the Seminar in such a short period of time is a reflection of the strength of the collaboration between ANOC and the Organising Committee," said ANOC secretary general Gunilla Lindberg.

"The last two days have been very productive as we delivered presentations across all Games operational areas and welcomed the opportunity to answer any questions the Chefs de Mission have.

"The Chef de Mission seminar is critical not just in allowing us to update the NOCs but also in allowing us to hear their feedback and adapt our plans as needed to ensure the very best environment for them and their athletes.

"We have a busy three months ahead and speaking with the NOCs it is clear how much excitement there is for these Games."

The technical delegate meeting and the seminar followed the signing of the host city contract last month.