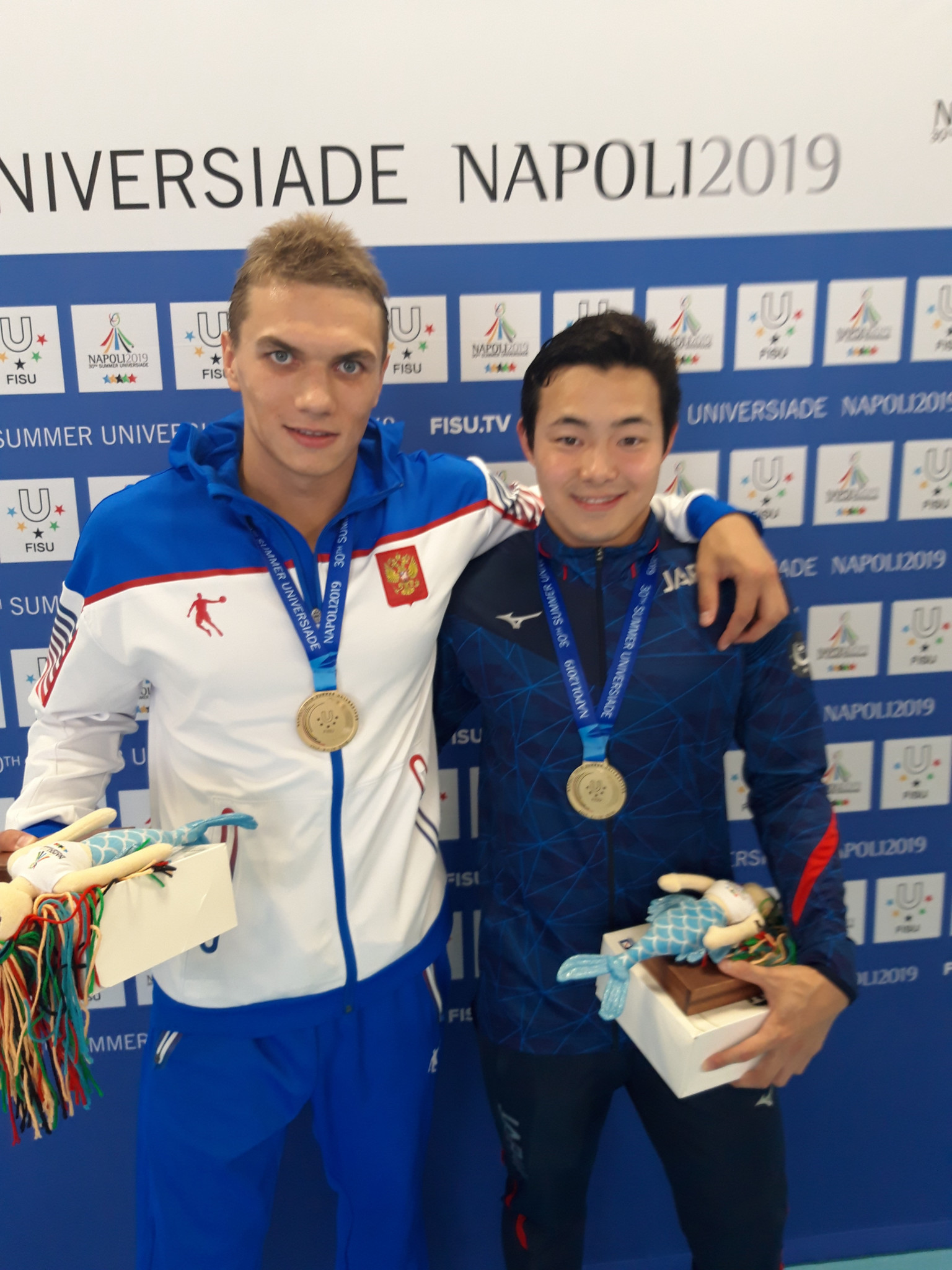 Both swimmers touched the wall in 52.05sec for a share of gold as no silver medal was awarded.

United States swimmer Stewart Coleman was the best of the rest on 52.11 for the bronze medal.

Last Saturday (July 6), Justin Ress from the US and South African Zane Waddell shared top spot on the podium with a 24.48 50m backstroke dead heat.

After the race Ishikawa, competing in his first international swim meet, claimed it made for a memorable competition.

"I would like to be the only winner but we had a really rare case," he said.

"It’s still a a great memory for me.

"This is my first international meet.

"It took a lot of preparation to arrive here."

With next year's Olympic Games in Tokyo on the horizon, Ishikawa admitted it is probably too late for him to make Japan's team.

"I do not think I have enough time to race at the next Olympic Games as I need to brush up my strokes but I’d like to make it with my team mate Keisuke Yoshida [winner of the men's 400m freestyle title] if I can," he said.

The US continued their golden streak in the pool with another three gold medals this evening.

Gabrielle De Loof led an American 1-2 in the 200m freestyle final as she secured a fourth gold medal at Naples 2019, having already bagged 100m freestyle, 4x100m and 4x200m freestyle titles.

After the competition ends tomorrow, she is set to prepare for the World Aquatics Championships in Gwangju in South Korea.

"I am humbled to swim here and be able to compete for the US," the 23-year-old from Michigan said.

"Putting the medals in the bag is awesome.

"I'm going to go to the World Champs in Korea for the 4x200m freestyle relay and then after that I'll train for the Olympics and hopefully make the Olympic team."

The US have won 14 golds in the pool this week, with Zach Apple also collecting four freestyle golds at Naples 2019.

The latest came in a tense 4x200m freestyle relay battle with hosts Italy.

While the thunder and lightning had delayed outdoor proceedings earlier in the day, a thunderous atmosphere saw Apple just hold off a charging Stefano Di Cola for gold, with Italy settling for silver.

At Palazzetto Sport in Casoria, Kyorugi contests in taekwondo began.

Mirhashem Hosseini of Iran was crowned as under-68 kilograms champion.

He defeated Si Mohamed Ketsbi of Belgium in the final as Kim Kyung-deok of South Korea and Ukraine's Denys Voronovsky claimed the bronze medals.

The bronze medals went to Fernanda Aguirre of Chile and Patrycja Adamkiewicz of Poland.