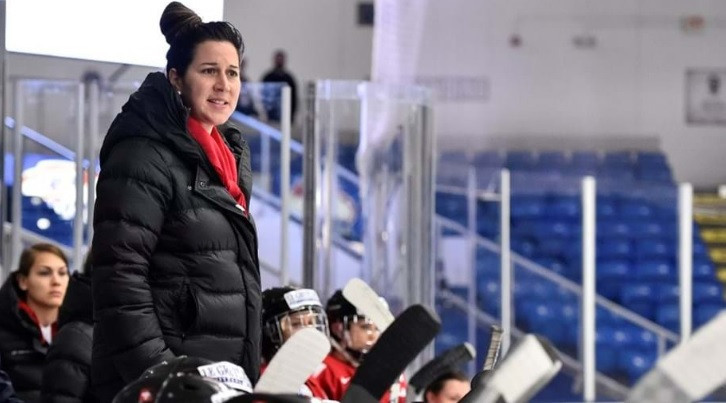 Daniela Diaz has been promoted to the new role of manager of the women's national teams and development as part of a reshuffle at the Swiss Ice Hockey Federation (SIHF).

Diaz has been head coach of the national team for four years but will now take on responsibility for the entire women's programme at the national governing body.

The SIHF claim it has made the move to advance women's hockey in Switzerland.

Colin Muller has been named as Diaz's replacement as head coach of the squad.

Switzerland are fifth on the women's ice hockey world rankings and won the bronze medal at the 2014 Olympic Games in Sochi.

They finished fifth at this year's World Championship in Finland after they were eliminated at the quarter-final stage.

At under-18 level, outgoing head coach Steve Huard will be replaced by Florence Schelling, a member of the team which claimed bronze at Sochi 2014 and the World Championship two years earlier.

The former goaltender worked as an assistant coach of the under-18 national women's team following her retirement last year.