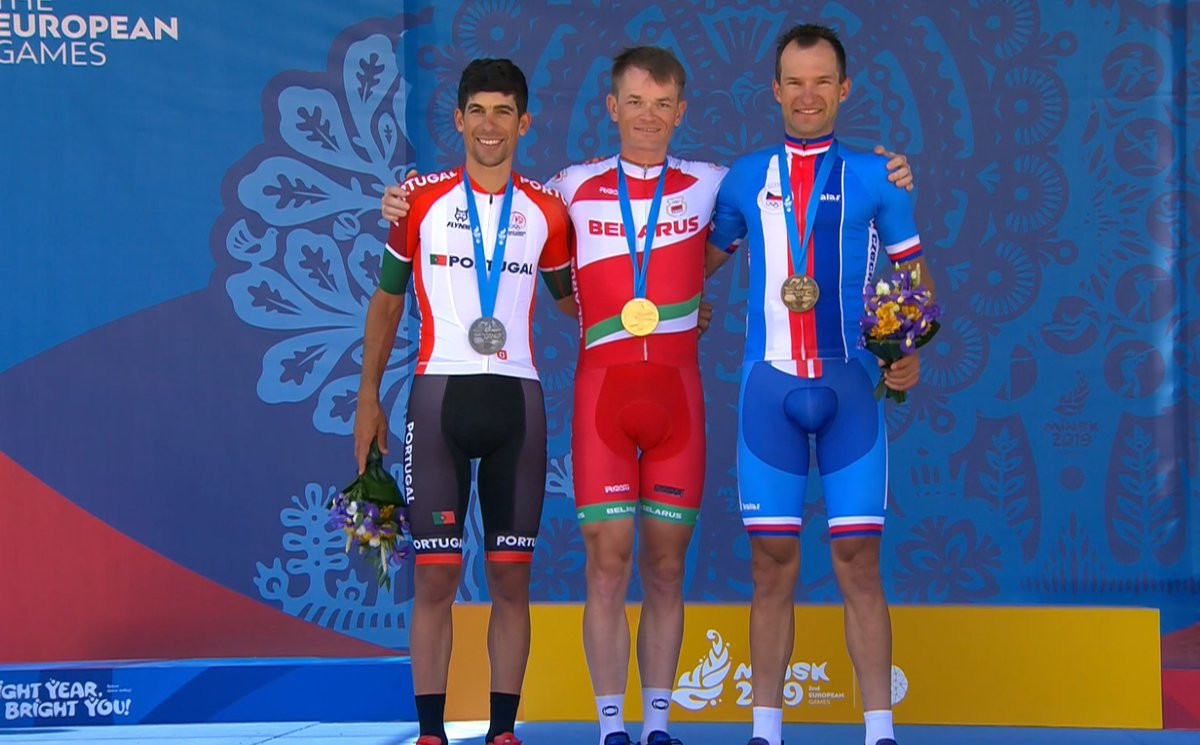 Belarusian Vasil Kiryienka successfully retained his European Games men's road cycling time trial title here having only just returned to competition following a year out due to a heart problem.

Kiryienka, who competes for the International Cycling Union WorldTeam Team Ineos, had been told to stop racing in 2018 after a heart anomaly was found in a routine scan.

The 38-year-old returned to action in late April and finished today's 14.3 kilometres route through the streets of Minsk in the winning time of 33min 03.34sec.

"I appreciate this great support of my own country," he said.

"It is inexpressible to see all these people, cheering you up on the way."

He had been time trial world champion when he first secured the European Games title in Baku in 2015.

Swiss cyclist Marlen Reusser finished the woman's race over a minute faster than her opponents to claim the gold medal.

Reusser's victory secured Switzerland's first gold of the European Games, but a second swiftly followed in the mixed team 50 metre rifle prone at the Shooting Club.

The hosts had more joy in the trampoline gymnastics, with Belarusian hero Uladzislau Hancharou striking gold in the men's individual event at Minsk Arena.

She and her partner Maryia Makharynskaya scored 50.230 points to top the podium ahead of Ukraine’s pairing of Svitlana Malkova and Maryna Kyiko, who totalled 48.240.

Irinia Kundius and Yana Pavlova took the bronze medal with 48.140.

The first medals were awarded in the table tennis here, with teams battling it out in the mixed pairs event.

Germany's Patrick Franziska and Petrissa Solja crushed Romania's Ovidiu Ionescu and Bernadette Szocs 11-4, 11-4, 11-4 in the final, claiming both a gold medal and a place at next year's Olympic Games in Tokyo.