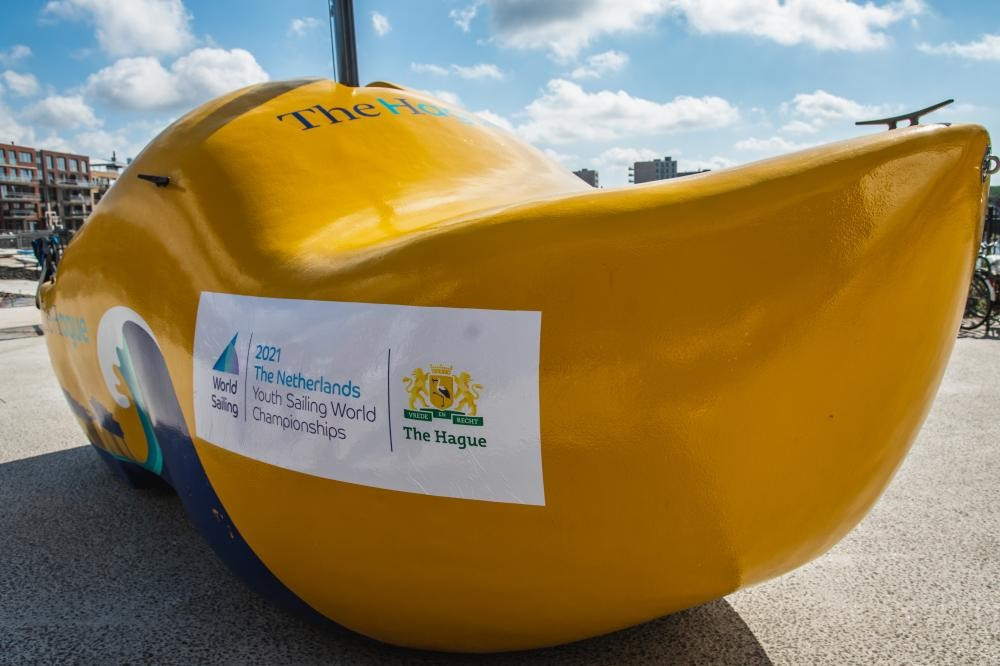 World Sailing has awarded its 2021 Youth World Championships to The Hague, the governing body has announced.

The event in the Dutch city will take place a year before the 2022 senior World Sailing Championships are also held there.

Officials from World Sailing and the Royal Netherlands Watersport Association (KNWB) gathered at The Hague's Dutch National Sailing Centre to announce the awarding of the youth event.

A host city contract for the 2022 World Championships was also signed with representatives from the local municipality and marketing firm TIG Sports among others present.

Due to hosting both flagship events in close proximity The Hague has been dubbed as a "city of sails".

The city was guaranteed to host the youth event as it was confirmed as the only bidder in May.

Dorian van Rijsselberghe, the Olympic gold medallist in windsurfing at both London 2012 and Rio 2016, will serve as tournament director for both events.

"The hosting of the 2021 Youth Worlds in The Hague will be the first touch point for the Dutch population, fans of the sport and the media to experience Olympic style racing," said World Sailing President Kim Andersen.

"The event will also provide the organisers with opportunities to further test competition management, operations and on-site experience ahead of the 2022 World Championships.

"The Hague has an ambitious vision for the Sailing World Championships with the sailors, spectator experience and world-class organisation at the heart of their plans.

"Their bids for both the Youth Worlds and 2022 Sailing World Championships were outstanding.

"Add this to an experienced Organising Committee and established partners, who are all committed to raising the bar on previous Sailing World Championships, then the framework for success is there."

The Hague was chosen for the 2022 World Championships over Auckland in May of last year.

The event is always held every four years and two years after the Summer Olympics.

Aarhus in Denmark is due to host this year's edition between July 30 and August 12.

Today's youth announcement was celebrated with the unveiling of a giant clog.

"It is a unique opportunity for our talented sailors to compete in a Youth Sailing World Championships on the same waters as our top athletes will do a year later," said KNWV managing director Arno van Gerven.

"The awarding of the Youth Worlds is a big compliment and a reward of our collaboration with The Hague, which is also home to our training facilities.

"All the hard work that happens behind the scenes on a daily basis − training hard, studying, health programmes - can now be demonstrated to the entire country, on home soil and familiar terrain.

"Of course we will make it a unique experience for the athletes.

"Sailing at a Youth World Championships is a once in a lifetime experience.

"We're going to make a big party out of it."

The Youth Sailing World Championships have proved a contentious issue for the international governing body in recent years.

World Sailing was forced to reallocate the 2016 Youth Sailing World Championships to Auckland following the withdrawal of Oman.

The Gulf nation pulled out suddenly with speculation suggesting they could not meet new criteria designed to prevent discrimination.

This was brought in after the 2015 Youth Sailing World Championships in Malaysia were overshadowed by controversy when Israeli windsurfers Yoav Omer and Noy Drihan were subjected to alleged discrimination in Langkwai.

Israel then pulled out of hosting the 2017 event in November 2016 because of an alleged inability to secure adequate funding.

It was instead staged in the Chinese city of Sanya.

World Sailing has had to reopen the bidding for the 2022 event after receiving no bids.