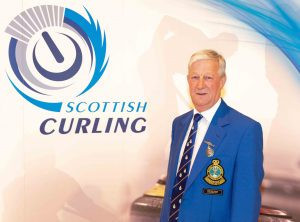 The Royal Caledonian Curling Club (RCCC), mother club of the sport and its governing body in Scotland, have announced Graham Lindsay as their new chairman.

Lindsay will head up the RCCC, also known as Scottish Curling, ahead of their participation as part of the British team at the 2022 Winter Olympic Games in Beijing.

He will also aim to oversee Scotland's first men's World Curling Championship title since 2009, and their first women's title since 2013.

The RCCC was founded in 1838 in Edinburgh and granted its royal charter by Queen Victoria in 1843 after she had witnessed a demonstration of the sport played on the polished ballroom floor of Scone Palace the previous year.

The objective of the RCCC is,"To unite curlers throughout the world into one Brotherhood of the Rink", and today the Royal Club - as it is affectionately known - has branches and affiliated associations and clubs in Austria, Belgium, Canada, Denmark, England, Finland, France, Germany, The Netherlands, Ireland, Italy, Japan, Luxembourg, New Zealand, Norway, South Africa, Spain, Switzerland, the United States and Wales.

The World Curling Federation (WCF), the sport's international governing, originated as a committee of the RCCC and only became an independent organisation in 1982.

The WCF officially recognises the RCCC as the "Mother Club of Curling".

Lindsay has spent the last three years on the Scottish Curling Standing Committee, as well as serving as vice-president for a year before becoming RCCC President for 2018-2019.

He has played curling since the 1980s, representing Scotland at one World Senior Curling Championships, and has served on the Scottish Curling Umpires Committee for five years.

Lindsay is due to officially take up the chairman position on the RCCC Board of Directors from Saturday (June 15).