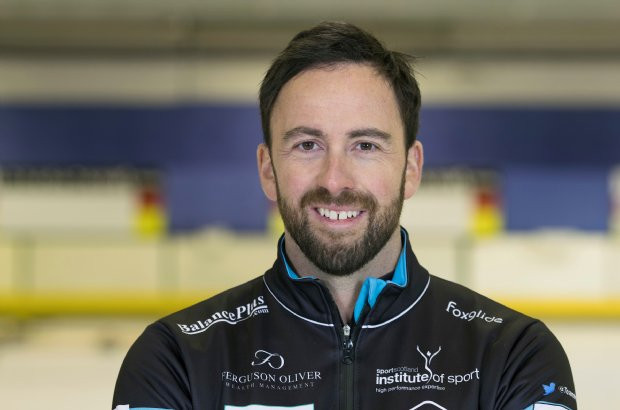 The organisation said the appointment of three-time Olympian Murdoch will see him take an "instrumental" role in guiding the next generation of curlers towards the Beijing 2022 Winter Olympics.

Murdoch turned his attention to full-time coaching last year as consultant coach to the British programme.

It followed a successful career which saw him skip his team to silver at the Sochi 2014 Winter Olympics.

"I feel very honoured and privileged to be given this fantastic opportunity with British Curling and I hope to use my experience as a former athlete and my coaching experience to further enhance the prospects of teams as the new Olympic cycle gets underway,” Murdoch said.

"This is a wonderful opportunity right at the start of an Olympic cycle to help make our athletes thrive and train more effectively to achieve more than ever before.

"So when they leave the National Curling Academy to go out and compete in the fast changing, professional world of elite curling, collectively we know we have done the right things every day in order to get the best results and ultimately medals.

"It is great to be able to help influence those decisions and help enhance those prospects."

His sister Nancy, who is currently a programme performance coach, was previously the Olympic women’s coach for Vancouver 2010.

Their mother Marion is also a coach who is widely acknowledged for having developed Olympians Claire Hamilton and Anna Sloan.

He begins his new role on September 1.

"David brings a wealth of experience both on and off the ice to what is a hugely important role," said Graeme Thompson, British Curling performance director.

"As an instantly recognised figure throughout the sport and widely respected in the game, he is best placed to help guide our Olympic programme as we aim to deliver medals at Beijing and beyond."