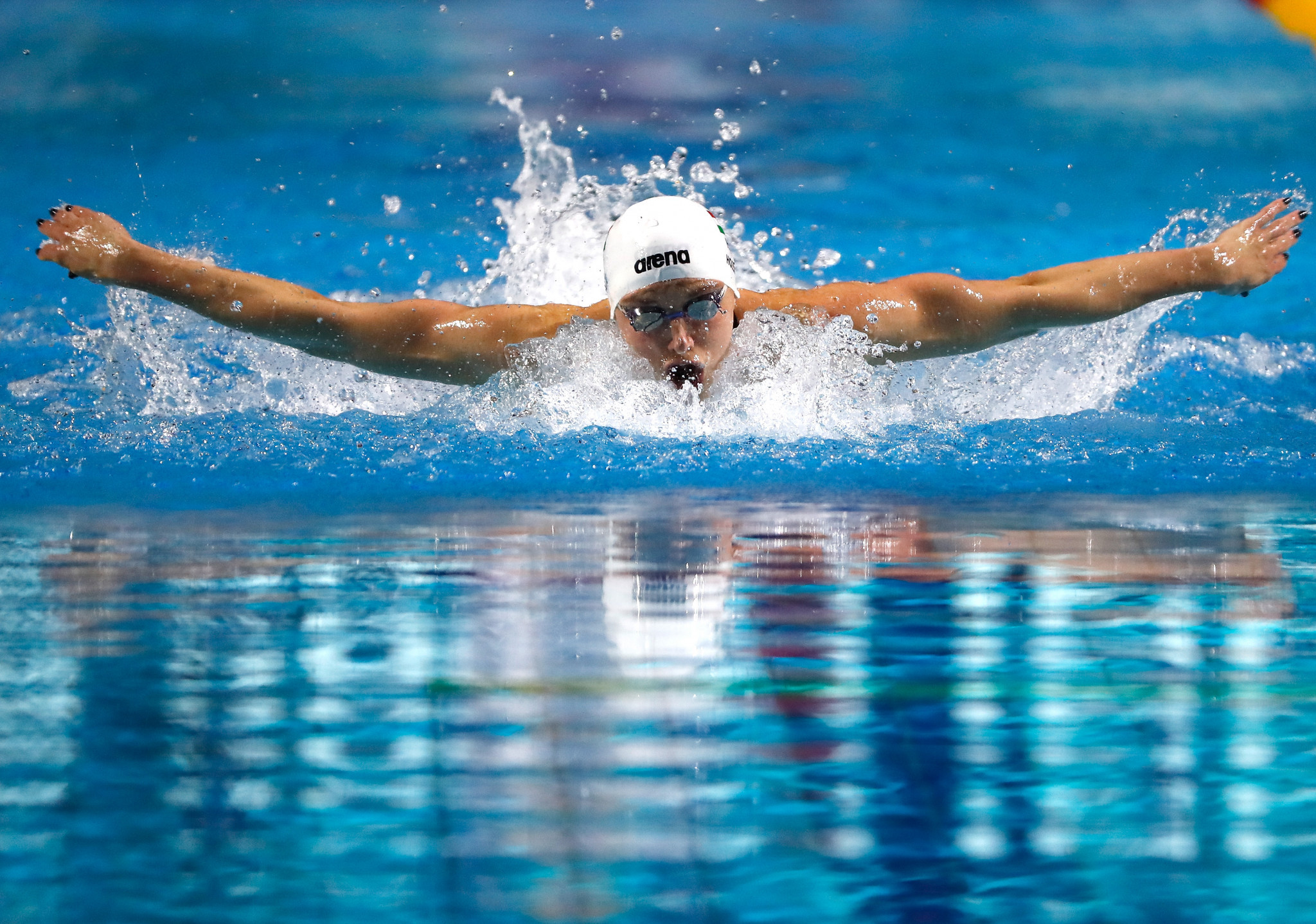 Three-times Olympic champion Katinka Hosszú has set her sights on competing at the 2024 Olympic Games in Paris.

Swimmer Hosszú could represent Hungary at her fifth Olympics at Tokyo 2020 and told Hungarian news site Origo Sport  she had no plans to retire after next summer's Games have taken place.

"I don't really feel I'll have enough of the sport next year," said the 30-year-old.

"I plan to swim until the Paris Olympics.

"I love doing it, going out for training, everything."

Hosszú says she does not expect to compete in multiple events but is not ruling anything out.

"I don't see the future but I think there is no other thing I could do with swimming besides having a baby," she said.

"I don't have much time but once it's over, it's over.

"It may seem strange but the swimmers don't necessarily swim so old not because their bodies are worn, but because there is no motivation."

Hosszú competed in the Athens 2004 and Beijing 2008 Olympics but announced herself on the world stage in 2009 at the International Swimming Federation (FINA) World Championships when she claimed the 400 metres individual medley title.

She had been tipped for Olympic glory at London 2012 but a disappointing meet saw her place fourth in the 400m medley final.

Hosszú questioned her future in the sport after the Games having finished eighth in the 200m medley and failed to reach the 200m butterfly final.

"What hurt me the most was that I couldn't show what I was capable of and how much I was preparing," said Hosszú.

“I couldn’t concentrate on what I was doing and wasn’t close to my maximum.”

Future husband Shane Tusup became her coach for the 2016 Rio Olympic Games cycle and she developed the "Iron Lady" nickname as she battled back to win double gold medals at both the 2013 and 2015 FINA World Swimming Championships.

"I formulated new goals, because everyone does it for the Olympic gold," she said.

“It also means a lot to me but I really wanted to be the best, so I set the world summit and, from that point I had my goals, of course, some of which probably became gold.

"Everything was clear, preparation and racing was easier.

“I went ahead and did my own thing.”

A then-Olympic record followed as she claimed gold in the 200m medley and the 100m backstroke.

She also took home a silver medal in the 200m backstroke.