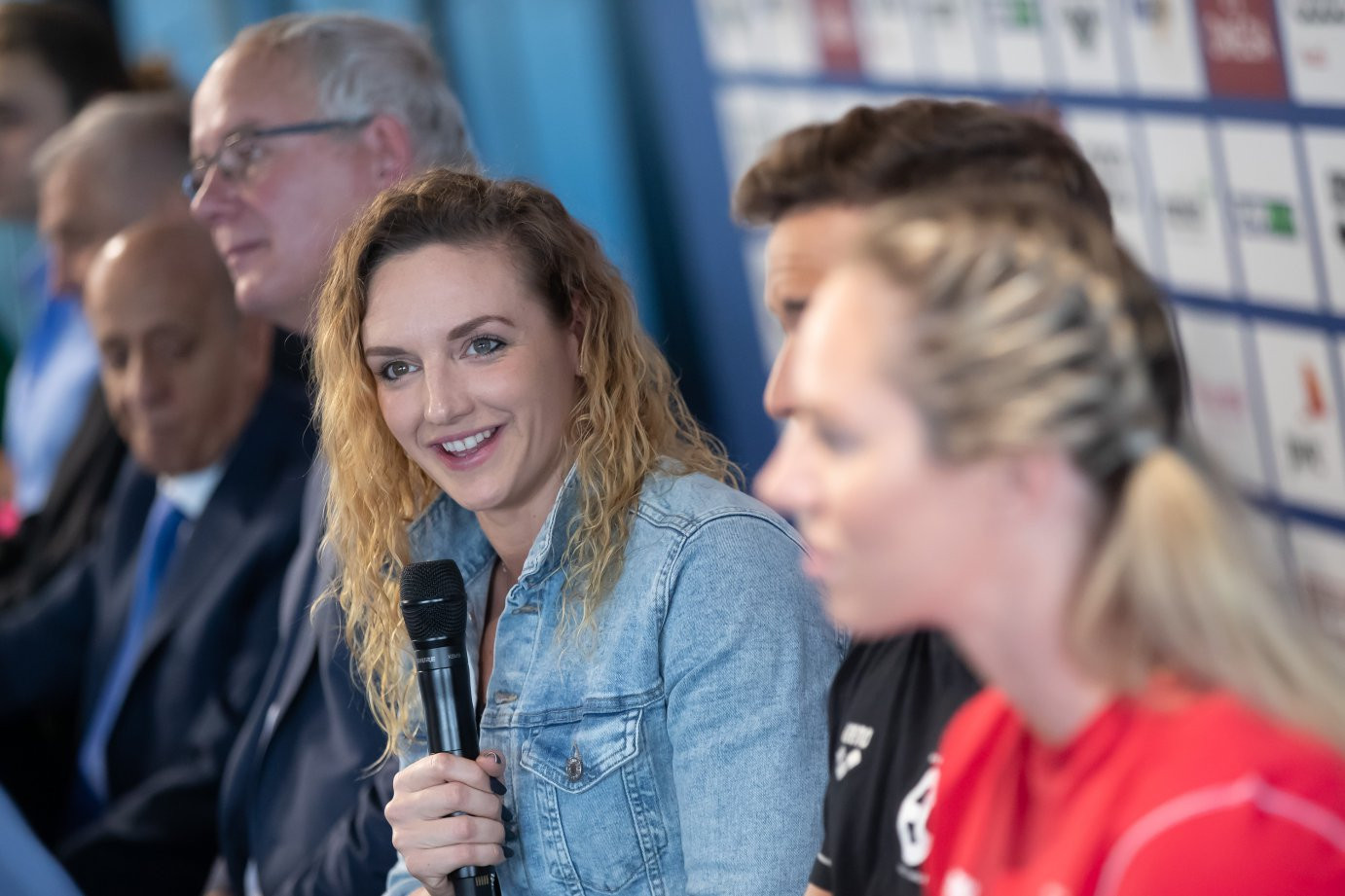 Three-time Olympic gold medallist Katinka Hosszú has thrown her support behind the International Swimming Federation's (FINA) Champions Swim Series as she prepares to compete at her home event in Budapest.

Hosszú, who won the 100 metres backstroke and both 200m and 400m medley races at the 2016 Olympic Games in Rio de Janeiro, was among those to file an anti-trust lawsuit against FINA last year amid the row with the International Swimming League (ISL).

It came after FINA threatened to ban top swimmers, including the Hungarian star, if they competed at events sanctioned by the ISL.

The seven-time world champion has since backed down from her stance and is now set to appear at a competition which was launched in response to the ISL and has offered greater prize money for athletes.

"I am very happy that the international swimming community goes in the right direction, in the way of a better promotion and professionalism of our sport," Hosszú said.

"Compared to Guangzhou, the programme and the order of events has changed, and I believe this is an improvement."

Budapest is playing host to the second of three stops on the Champions Swim Series following the opening event in China last month.

The competition at the Duna Arena, which staged the 2017 FINA World Championships, has attracted a host of Olympic and world champions.

Sweden's Sarah Sjöström, the reigning world and Olympic 100m butterfly champion, will be out to build on her success in Guangzhou.

Sjöström ended as the top athlete from the opening event after she won four gold medals and one silver medal.

She is set to line-up in a stacked 200m freestyle field, featuring Italy’s Federica Pellegrini, the 2017 world champion and world record holder, as well as Russia's Veronika Popova.

Popova's compatriot Yuliya Efimova, the five-time world champion who has served a 16-month doping ban, is due to make her Champions Swim Series debut.

South African Chad le Clos, Laszlo Cseh of Hungary and Russian Vladimir Morozov will be among the ones to watch in the men's races.

The event, which begins tomorrow and concludes on Sunday (May 12), features 14 individual races and one relay on each day.