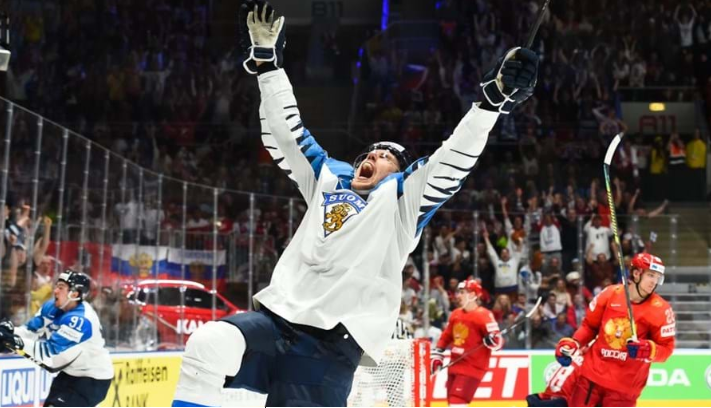 Finland shocked a previously-undefeated Russian side to secure a place in the final of the International Ice Hockey Federation (IIHF) World Championship in Slovakia.

The match at Ondrej Nepela Arena was goalless until the 50th minute, when Marko Anttila stunned Russia with the winning shot.

"I don’t know if anybody else has but the way we’re playing, we can beat any team in this tournament.

"I like to think we’ve got one more win left in us."

Their opponent in the final will be Canada, who crushed Czech Republic 5-1 to progress.

Mark Stone opened the scoring for Canada in the first period, before Darnell Nurse and Pierre-Luc Dubois made it 3-0 in the second.

Highlights: @MStoner61 scored his tournament leading eighth goal, Matt Murray made 40 saves and @HockeyCanada is on to the gold medal game at #IIHFWorlds

Kyle Turris and Thomas Chabot then both got on the scoresheet in the third period to make it five, Tomas Zohorna grabbing a consolation goal with six minutes to go.

Stone is the tournament's highest scorer, with eight goals.

"It's obviously why you come here.

The final will take place tomorrow, with Russia and Czech Republic set to compete for the bronze medal.