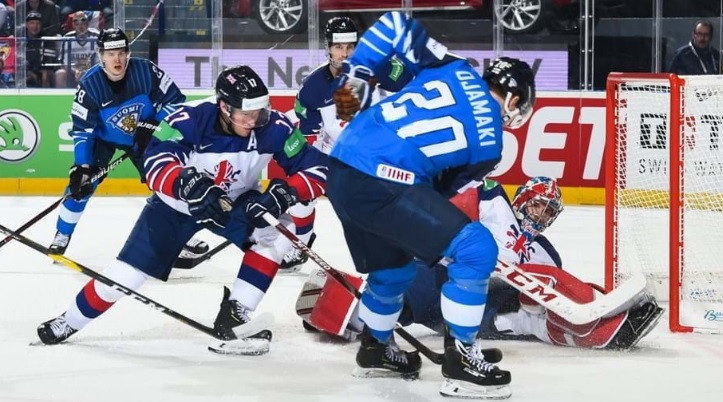 Finland recorded a 5-0 win over Britain to move top of Group A at the International Ice Hockey Federation World Championship in Slovakia.

The Finnish side were expected to claim a handsome victory but were made to work hard by a battling British team at Steel Arena in Košice.

Finland were unable to break down a resolute Britain defence in the opening period before three goals in the second put the result beyond doubt.

Toni Rajala scored the opener 25 seconds into the second stanza, while Atte Ohtamaa and Joel Kiviranta moved Finland into a commanding position.

Kristian Kuusela got his name on the scoresheet and Mikko Lehtonen added a fifth late on.

Czech Republic earned their fourth win from their opening five Group B games as they thrashed Italy 8-0 at Ondrej Nepela Arena in Bratislava.

In Group A, hosts Slovakia bounced back from a three-game losing streak with a 6-3 victory over France to boost their hopes of qualifying for the quarter-finals.

"We know Germany has to beat the US, but we know we need to get six more points as well," said Slovakian goaltender Patrik Rybar.

"We're happy to play in our home country, but now we have to keep going.”

Norway beat Latvia 5-3 in Group B to improve their chances of avoiding relegation to the second tier.