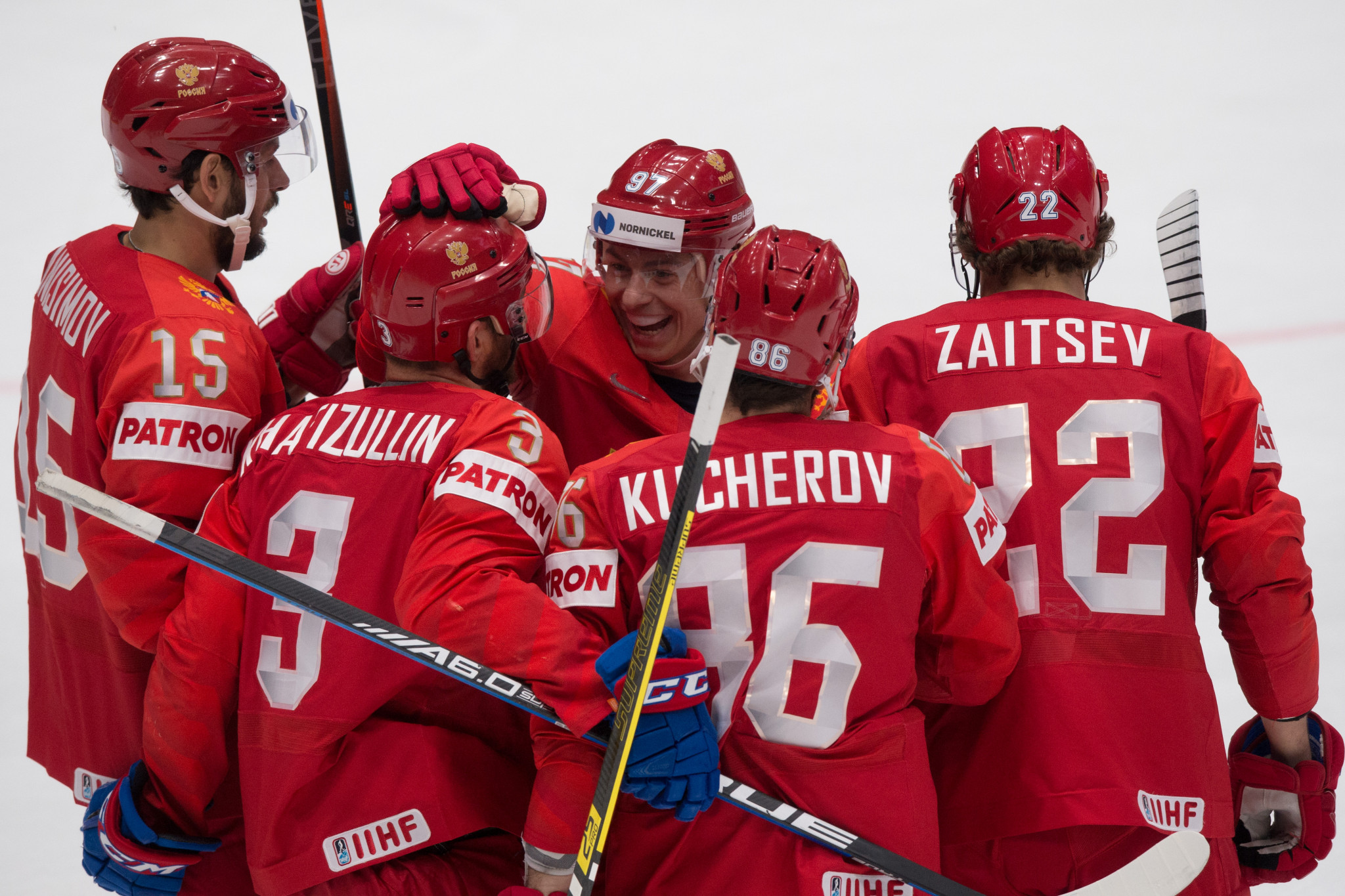 The Russian team were effectively assured of a quarter-final spot prior to their meeting with the Latvian team at the Ondrej Nepela Arena in Bratislava.

Oskars Cibuļskis gave Lativa a 1-0 lead in the first period, but three goals in the second saw Russia take control.

Russia held out in the final period to seal a fifth consecutive victory and remain top of the Group B standings.

Latvia’s defeat ensured they could no longer overtake the Czech Republic in the standings, ensuring the Czechs advance to the quarter-finals despite not playing today.

The Latvian team lie fifth in the Group B standings, with Switzerland and Sweden occupying the remaining places in the quarter-finals as it stands.

Two-time defending champions Sweden battled to a 4-3 win over the Swiss team today.

Norway ensured they avoided relegation by thrashing Italy 7-1 to leave their opponents bottom of the standings with six consecutive defeats.

Three teams have already secured quarter-final spots in Group A, with Finland topping the standings with four wins and one overtime loss.

Germany had the opportunity to overtake the Finnish team, but instead dropped to third place.

They were usurped by Canada, who recorded a comfortable 8-1 win over the Europeans.

United States and Slovakia will battle for the final quarter-final berth.

The Americans moved a step closer to sealing the spot by easing to a 7-1 win over Denmark, while Slovakia responded by overcoming Britain by the same score.

Britain remain bottom after a sixth loss to leave them at risk of relegation and facing a potentially-decisive clash with France in two days’ time.