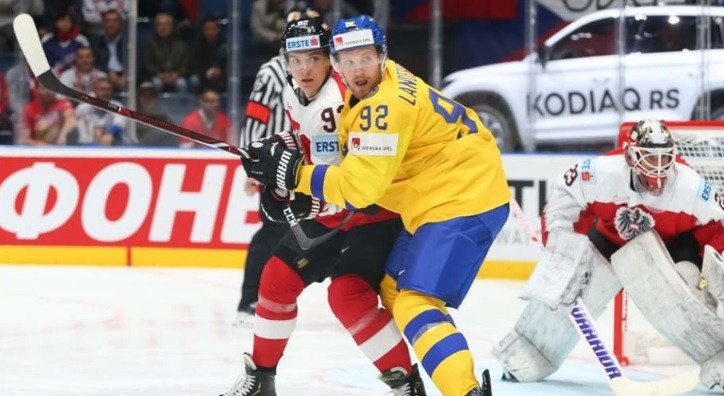 Sweden, who lost their Group B opener to the Czech Republic, romped to a 9-1 win over their hapless Austrian opponents at Ondrej Nepela Arena in Bratislava.

Nine different scorers found the net in the comprehensive triumph for the Swedes, who won the title in 2017 and 2018.

Gabriel Landeskog, Elias Pettersson, and Elias Lindholm marked their debuts at the tournament with a goal apiece, while William Nylander, Marcus Kruger, Adam Larsson, Adrian Kempe, Dennis Rasmussen and Oliver Ekman-Larsson also got on the scoresheet.

Sweden were 9-0 up before Michael Raffl scored Austria's consolation goal.

The victory for the Swedish side saw them consolidate third place in the group, although they could be overtaken by the Czechs, who play Latvia this evening.

Canada, aiming for a 27th world title, also lost their first game but have been near-perfect since.

The Canadians won their third straight game with a 5-2 success against France in Group A at Steel Arena in Košice.

Canada opened up a 3-0 lead thanks to Anthony Mantha, Darnell Nurse and Anthony Cirelli before Damian Fleury reduced the deficit in the second period.

Anthony Rech then brought France to within one but it was a fleeting moment of joy for the French as Mantha and Mark Stone scored unanswered goals to give Canada maximum points.