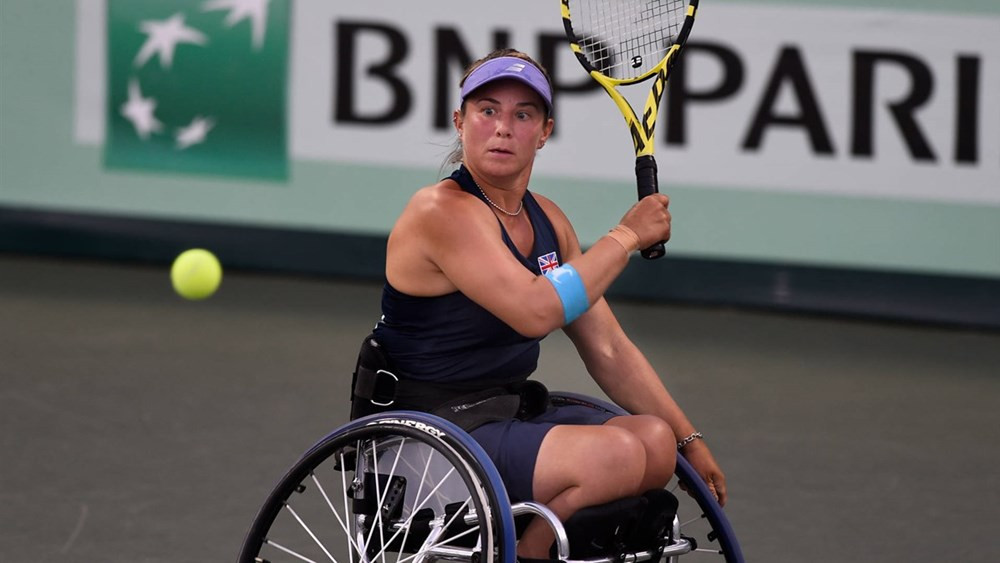 China, who have contested the last three finals against The Netherlands - winning the 2017 final in two singles rubbers – suffered a blow to their hops of a return to the final as Lucy Shuker and Jordanne Whiley combined to earn Britain a 2-1 victory.

Needing a win to keep Britain in the match, Shuker forced the tie into a deciding doubles rubber by beating Hui Min Huang 6-3, 7-6.

Viktoriia Lvova and Angelica Bernal ensured a 1-1 scoreline after the singles matches before the latter player and Johana Martinez combined to give Colombia a 2-1 victory after taking the doubles 6-3, 6-2.

The Netherlands opened its bid for a 31st women’s title with a comprehensive 3-0 victory over Switzerland after dropping a total of just two games in six sets of tennis as Diede de Groot, Aniek van Koot, Marjolein Buis and Michaela Spaanstra all had the opportunity to contribute a win.

Second seeds Japan dropped just one game in each of its two singles rubbers on the way to a 3-0 win over Brazil in Pool Two.

Three of the four semi-finalists in the quad event were decided going into the third and last day of round-robin pool competition.

Home player Noam Gershony, the London 2012 Paralympic gold medallist, was among the players still unbeaten after two days of competition.

Gershony, a former helicopter pilot in the Israeli armed forces who was piloting an Apache helicopter that crashed in 2006, has played a significant part in the lead up to Israel hosting the ITF’s flagship wheelchair tennis team event for the first time.

Gershony’s Paralympic success in London in 2012 included winning the bronze medal in the quad doubles alongside Shraga Weinberg and the two players followed an opening round-robin win against the United States with a victory against Brazil.

Israel and Japan are assured of a semi-final place along with Britain, which has beaten Canada and South Africa.